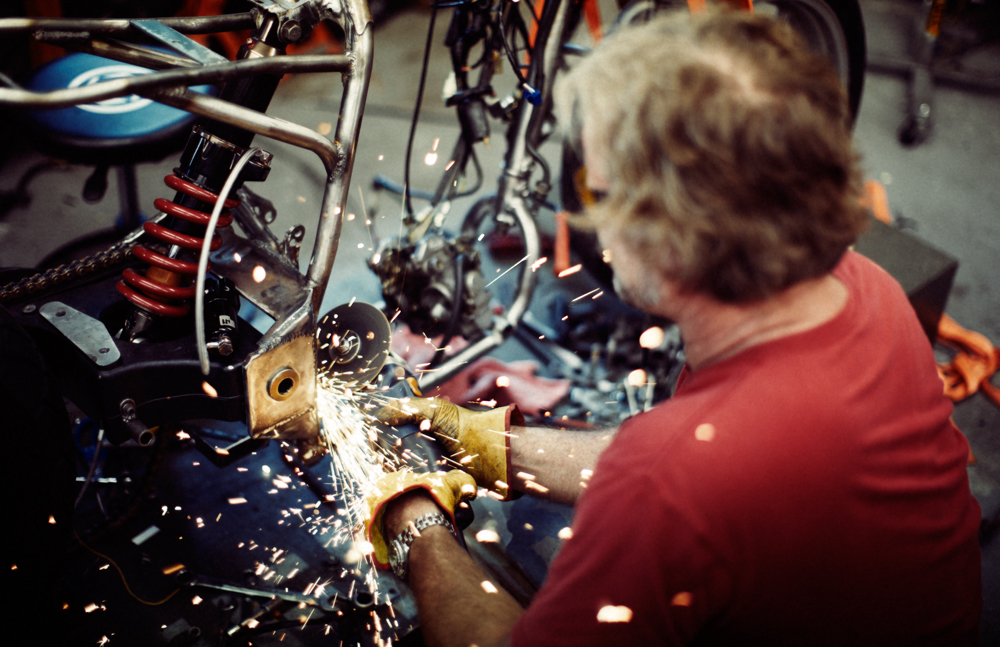 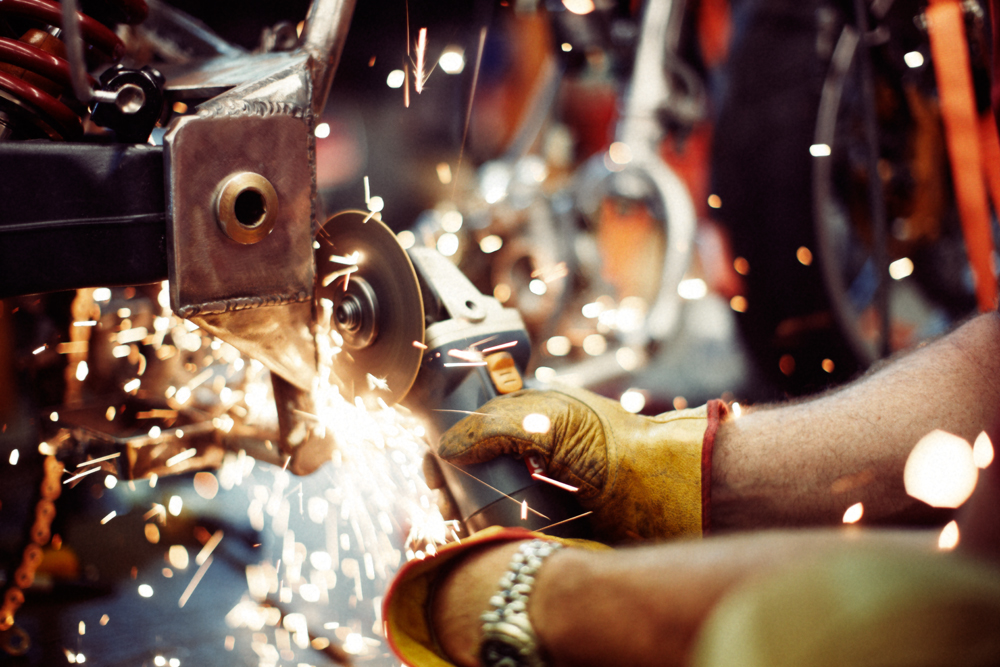 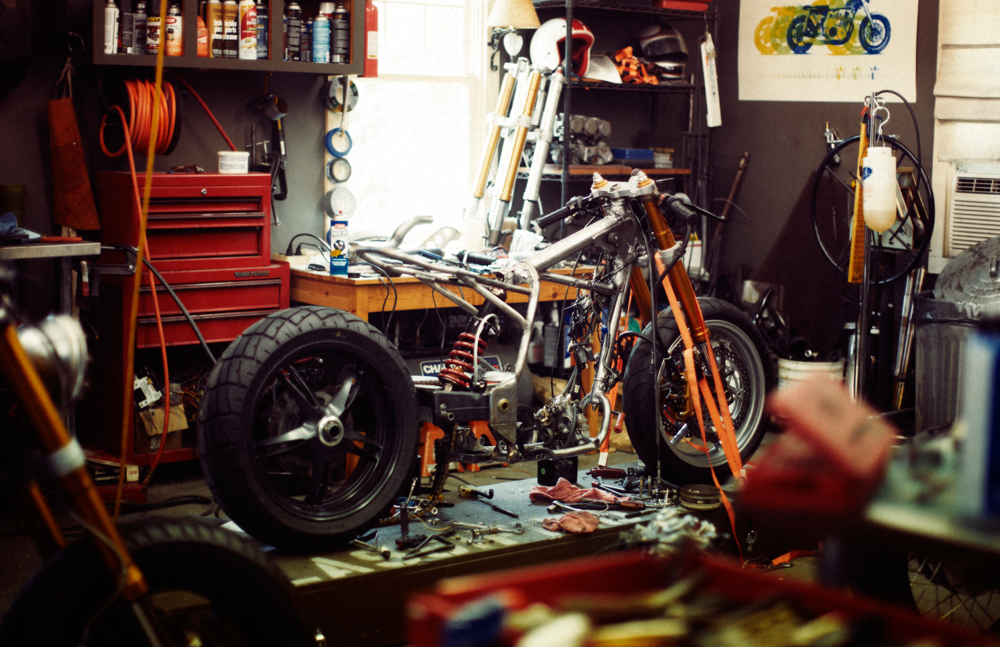 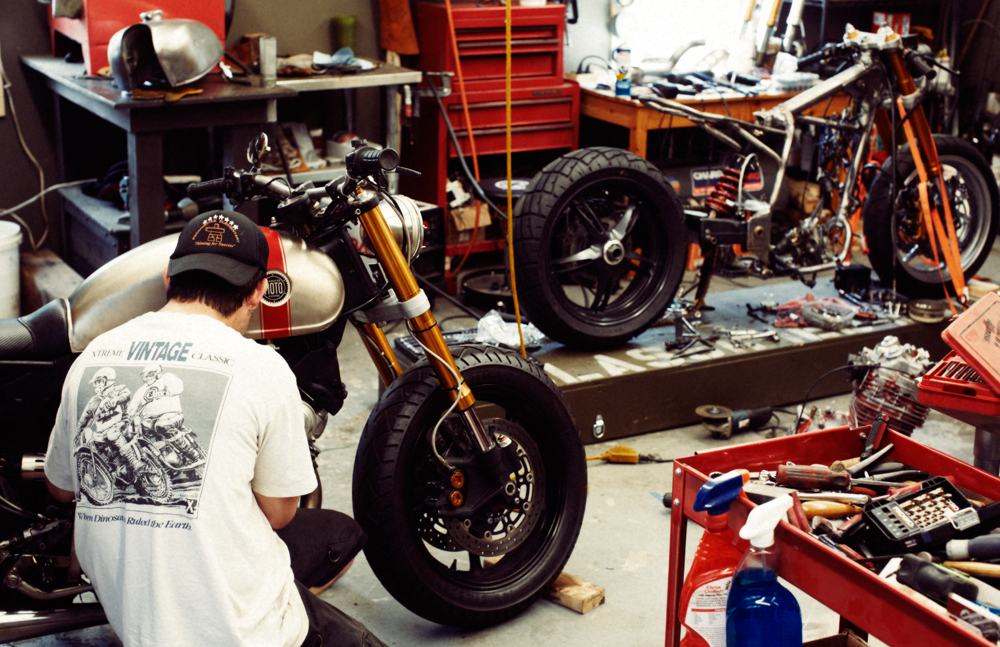 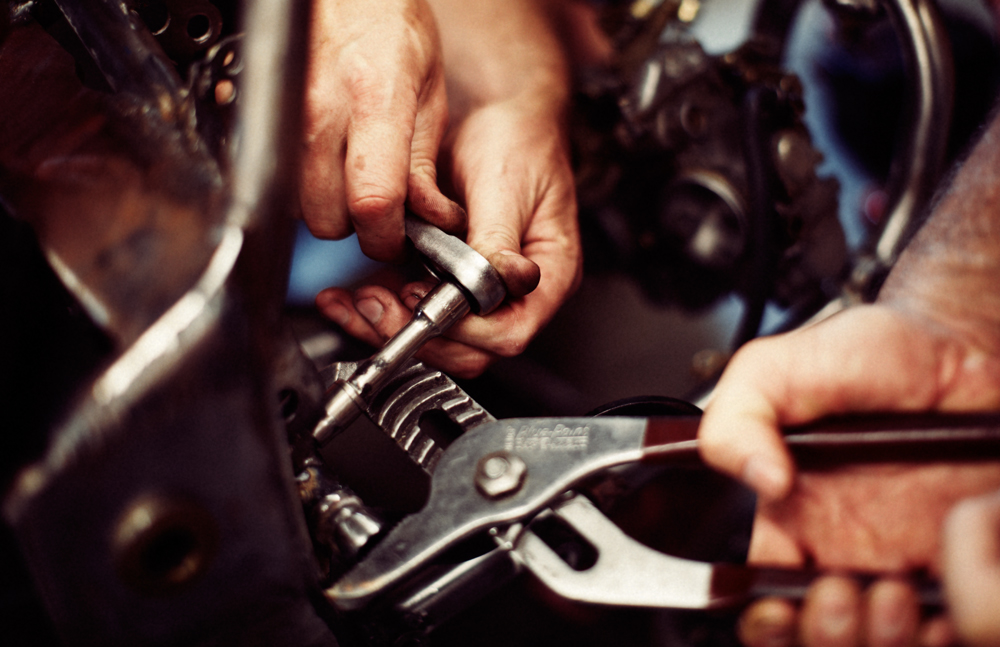 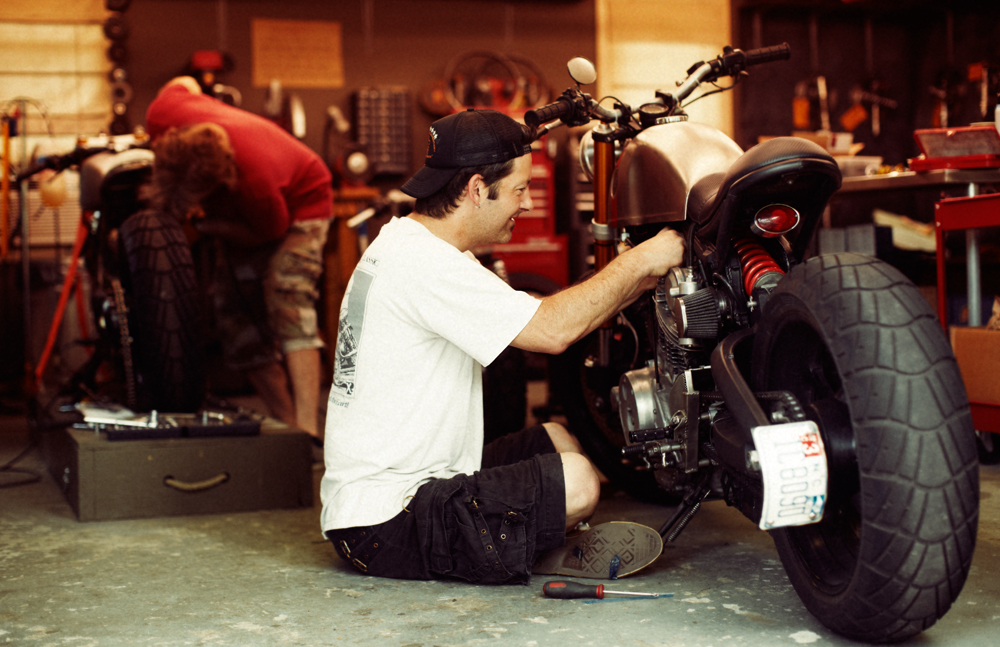 In case you haven’t been following along on Facebook or Twitter, we’re in the throes of Classifying a moto for actress Katee Sackhoff. Not only that, but the bike will be featured on Season 4 of Cafe Racer TV on Discovery Channel’s Velocity network. Believe me, we’re pinching ourselves daily. It’s just nuts.

Turns out Katee is incredibly personable and down to earth (despite her larger-than-life intergalactic TV persona). Funny, enthusiastic — a tomboy and a girly-girl all at once. And most of all she is STOKED about the one-of-a-kind Honda we’re building for her. That makes us really happy.

The finished bike is supposed to remain under wraps until it’s revealed on the show, but once Katee starts blasting around the streets of LA, the cat is likely to exit the bag with a vengeance. We’re prepping now to transport the “KT-600” out West for a late July delivery and shoot date. We can’t wait to meet Katee face-to-face and see what she thinks. Photographer Adam Ewing will be tagging along to get some world-class snaps of Katee and her new bike.

In the meantime, we’re working pretty much nonstop on it. With help from our old buddies Mike and Bob at Maxum Machine as well as our new secret weapons Alex Heath and Seth Ingham at Chase Architectural, we’ve been pushing ourselves to make something extra deluxe for Miss Sackhoff.

A 2006 Triumph Sprint 1050 ST single-sided swingarm connected to a 1987 Honda XL600R dual sport frame and motor connected to a 2005 Kawi ZX6-R front end with a lot of Classification sprinkled throughout. David Zemla of Progressive Suspension has been a huge help in sorting out the suspension — the toughest part of the build so far. It seems David & Co. really know their stuff.

The Cafe Racer TV crew has now made two trips to our fair city of Richmond, Virginia, USA, to capture the action and make us forget how to speak and do rudimentary functions. It’s amazing what a camera can do to your brain. Hopefully by the time we hit LA, we’ll be as comfortable as Katee in front of the lens.

We’ll be posting pics and some video on our Facebook and Twitter feeds, but we of course we’ll be careful not to spoil the surprise. That is until we just can’t take it anymore.

PS: If you’ve been waiting on ANYTHING from us — a bike, a lamp, a build request, advice, eternal happiness — we have not forgotten you. At least I don’t think we have. Hopefully we’ve been keeping you posted, but feel free to contact me (john@classifiedmoto.com) and check in. Thanks for your patience in this time of incredible awesomeness.