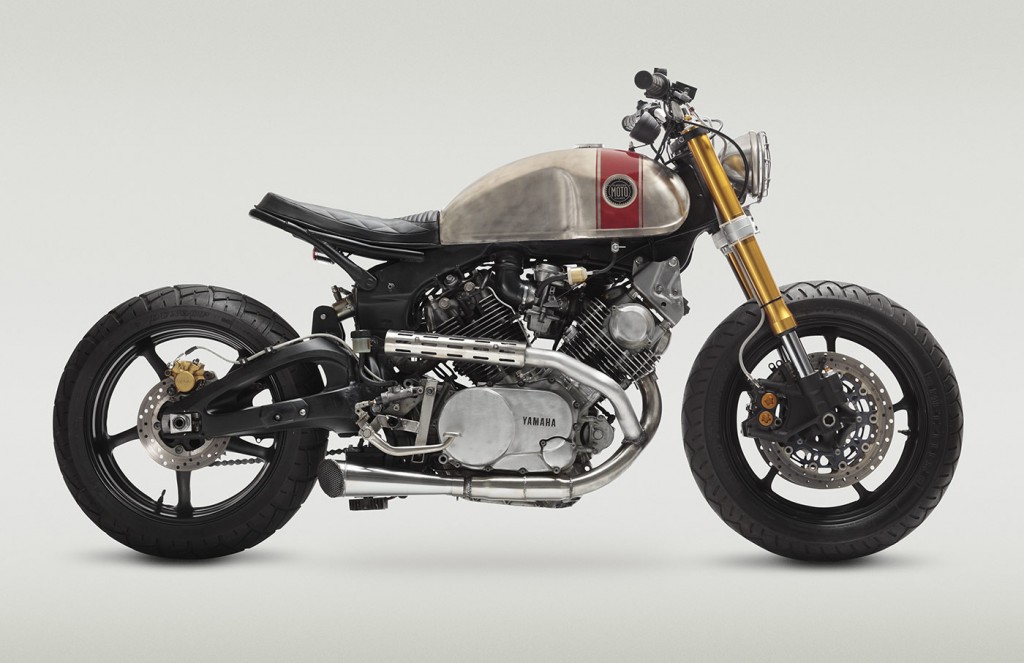 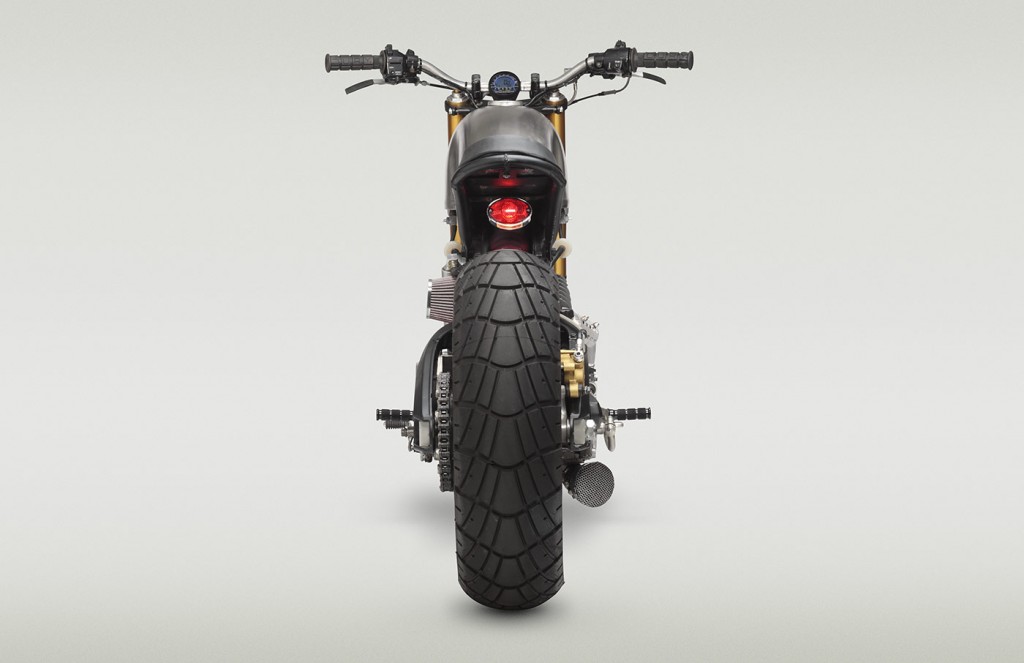 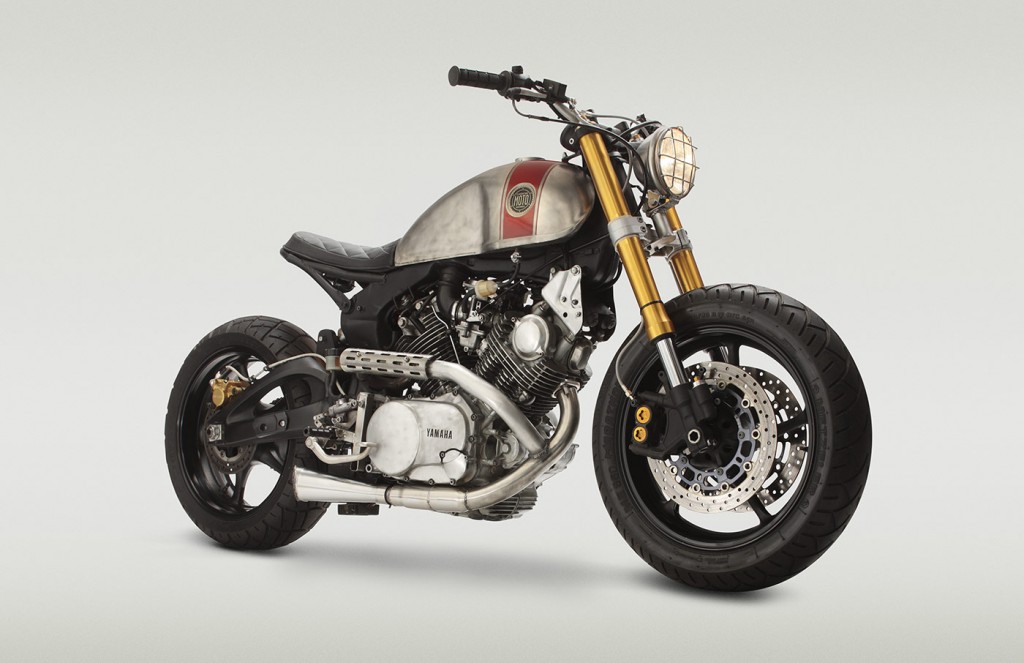 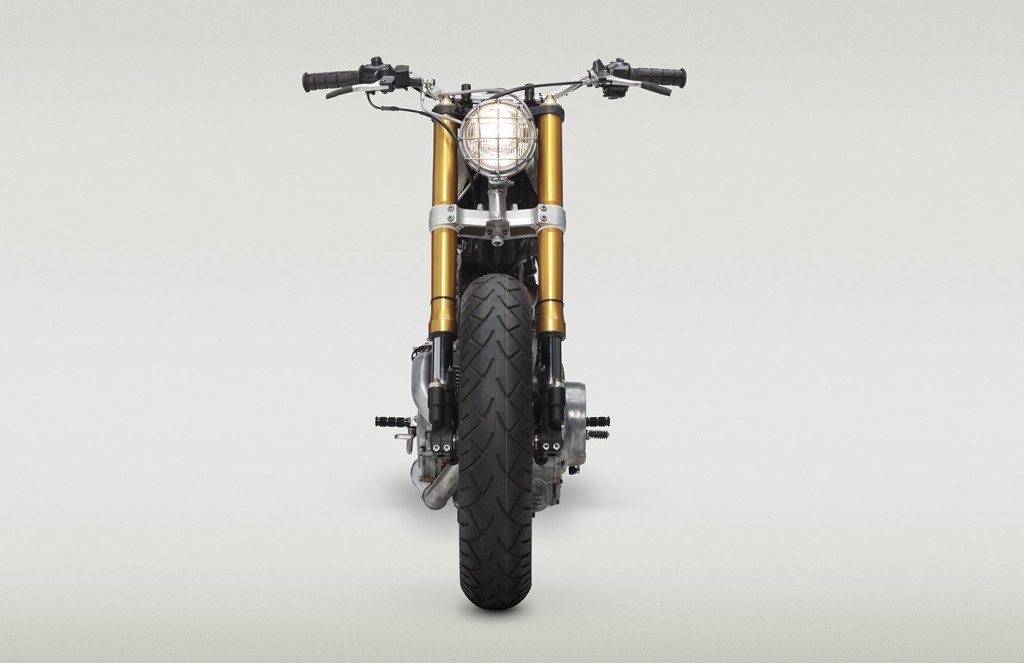 This one is very significant in the crazy life and times of Classified Moto. Originally built for our first paying customer Bob Ranew, the radically messed-with Yamaha ended up in Dubai at Biker’s Café to live out its days. For the exciting part of the project, we did a YZF-R6R front end swap along with an R6S rear end. A Benelli tank, floaty looking seat and a raft of custom brackets, controls and mounts rounded it out. Then came the other part. While we had gotten a taste for the XV’s quirks on Sunny’s “Reciprocity” bike, this one really opened our eyes to the madness. Admittedly, we were learning as we went, but there were plenty of aspects of the mechanicals and electricals that just defied explanation with our tiny human brains. I lost count of the trips I made down to North Carolina to re-deliver or re-retrieve the little beast, fixing this and that, replacing nearly all of the 30-year-old parts. At long last the bike worked as expected, right about the time Khalid from Biker’s Café asked if there was any way to buy the original. Bob obliged and we built him a replacement — the XV920 2.0.