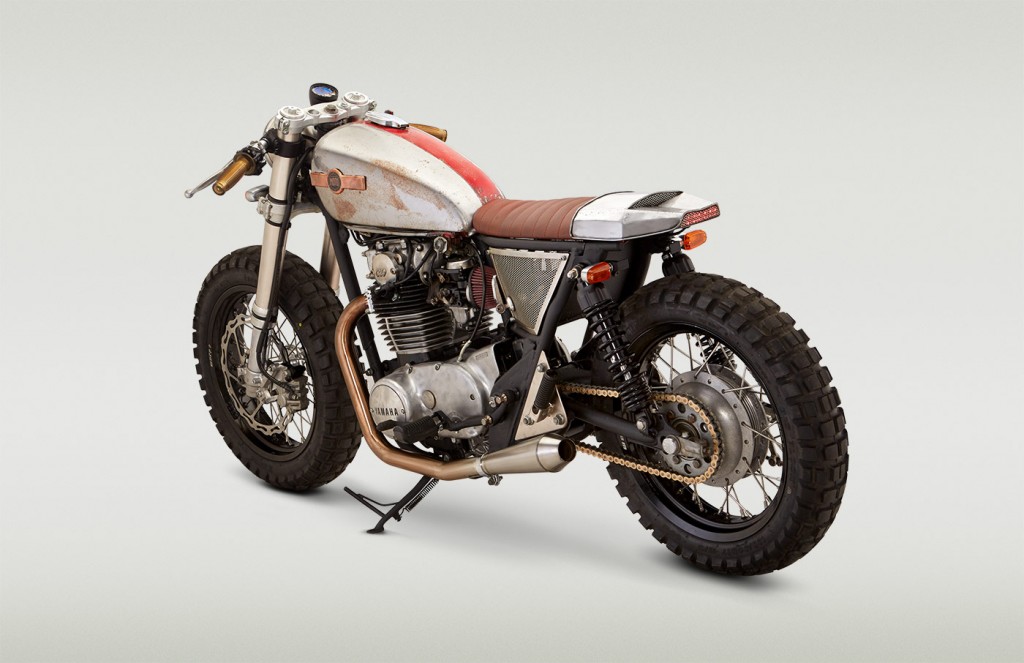 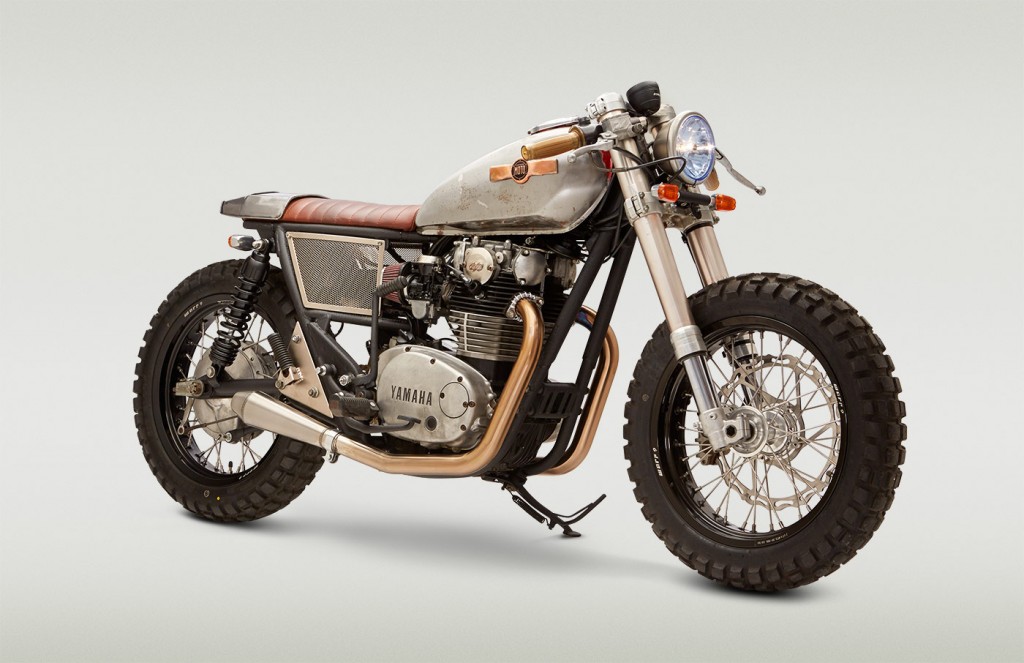 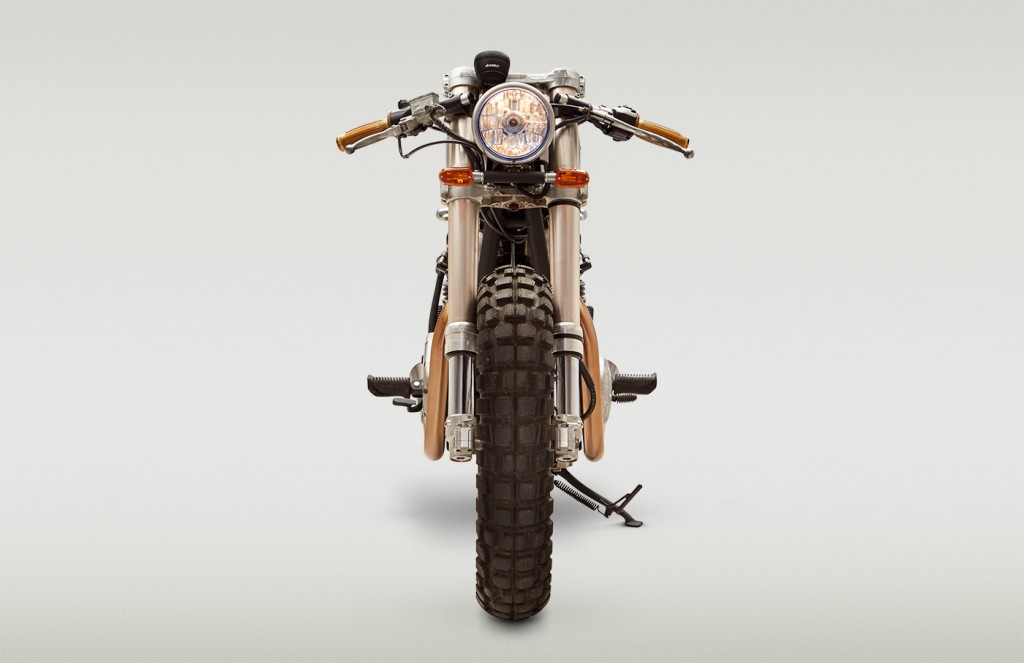 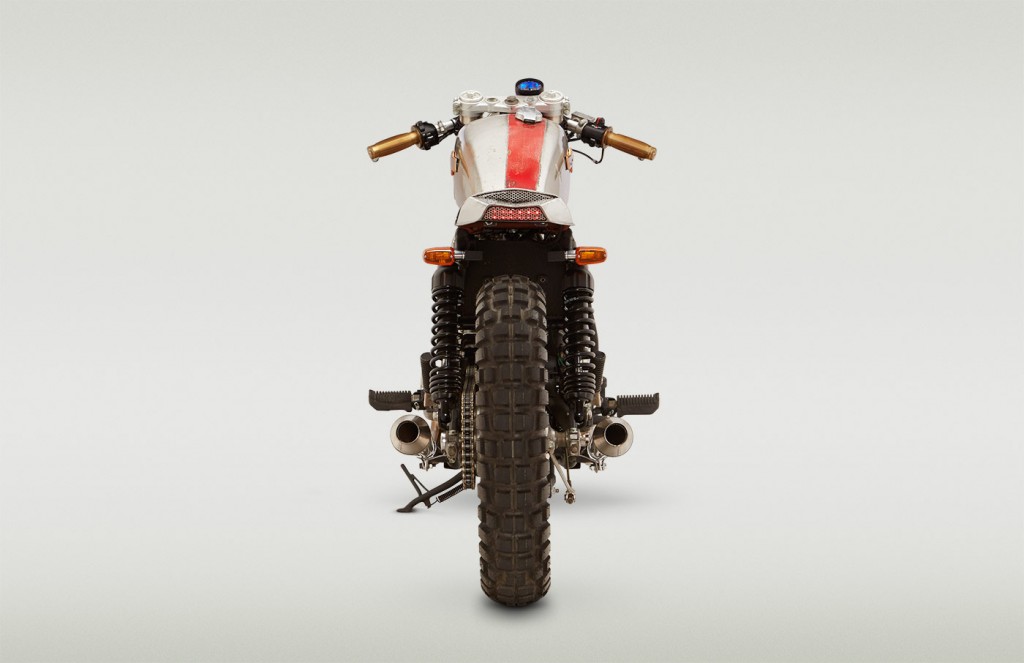 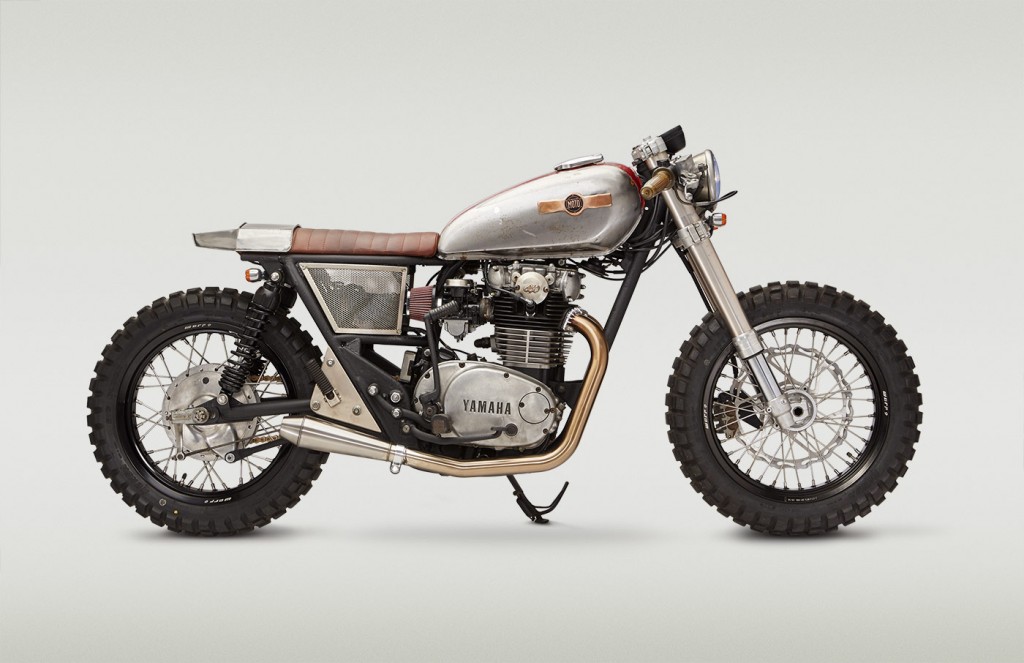 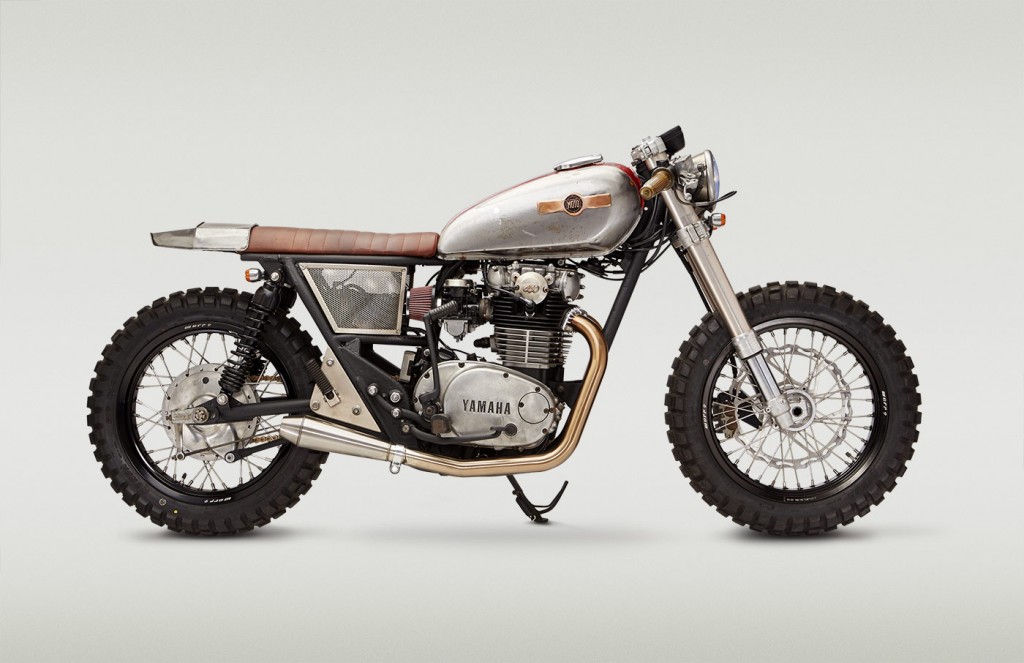 If you think this one looks familiar, you’re right. Originally built for our superstar photographer Adam Ewing, this old has gotten a second chance — twice. It was originally finished back in 2010 when we were still building bikes purely for fun in my garage in the suburbs of Richmond, Virginia. Being one of our first efforts, my old college buddy Greg Ownby and I struggled to keep the old charging system happy and finally decided to let Adam trade the Yamazuki in on “The Ripper”. Years later, we found ourselves turning customers away due to a backlog of builds and voted to put the old XS on the block to keep ourselves in the bike selling game. As it turned out, LA actor/model Nic Huffman was the first to pounce. Some months later, the bike was born again as a much finer specimen than the first time around. With five more years of tricks up our sleeves, the XS is faster, prettier, more functional and way cooler than before. This is important because Mr. Huffman is pretty damn cool, himself. We’re psyched that this one went to someone who appreciates a fun bike that’s a little piece of Classified history.