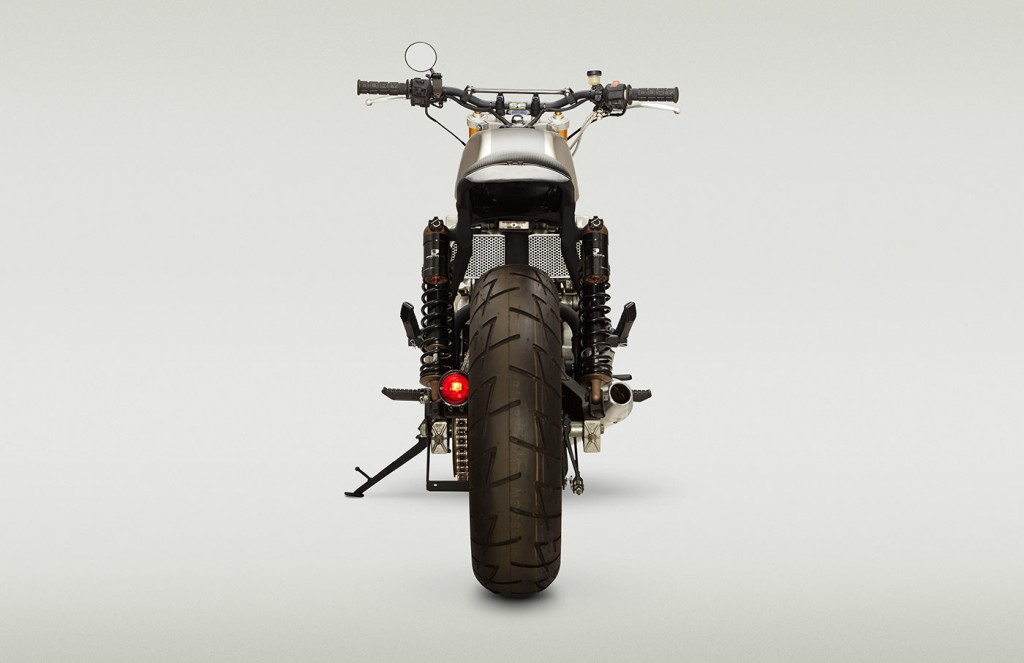 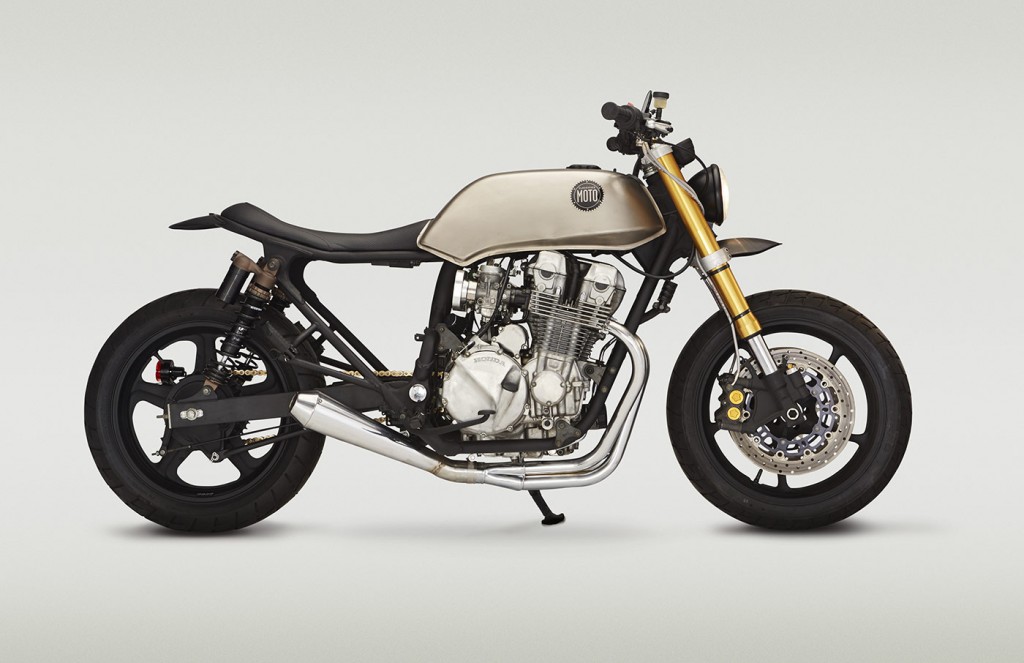 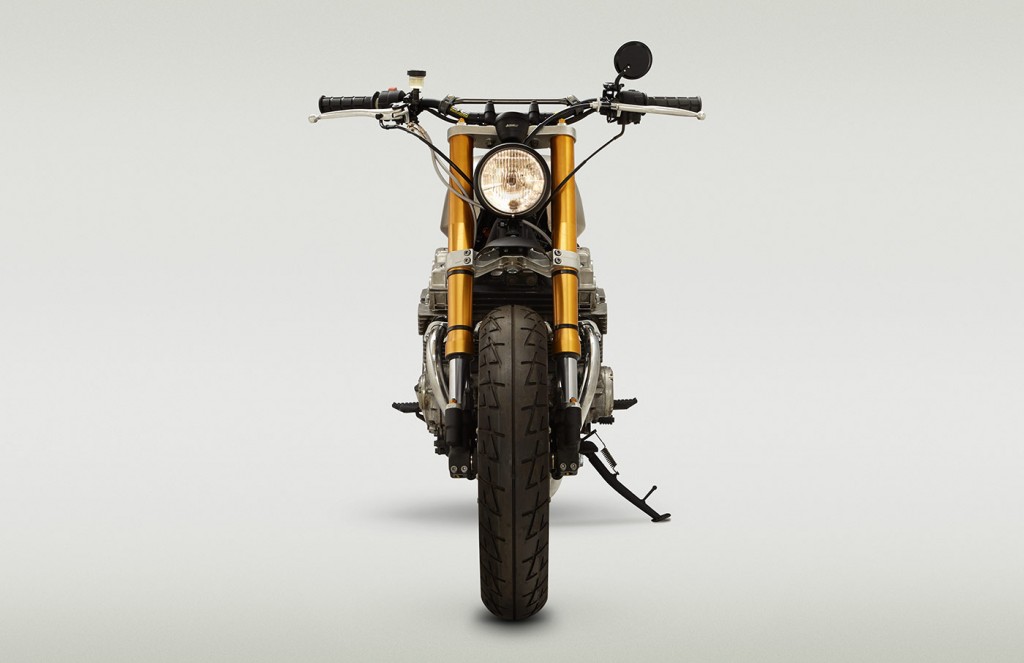 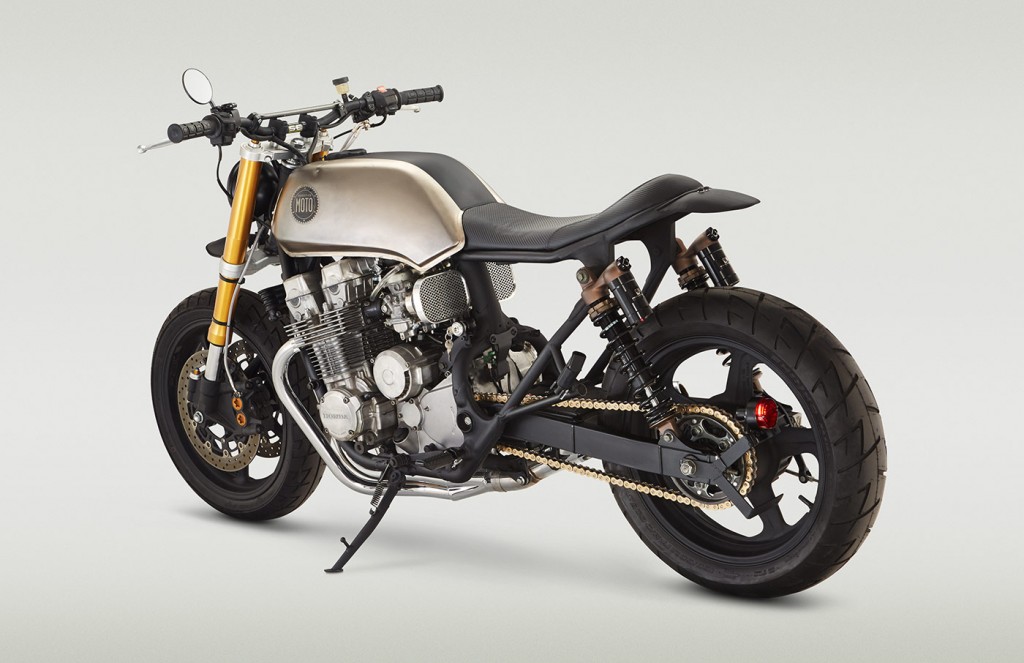 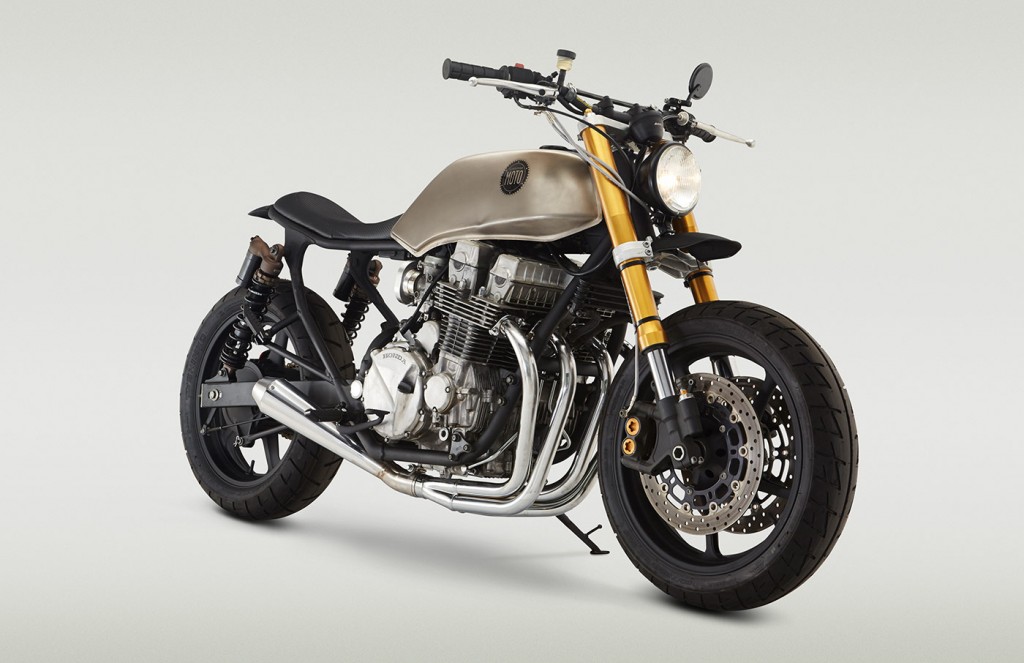 For the last couple of years, we’ve been on the hunt for a reliable build platform to carry us out of the XV era. Something in decent supply, reliable and with readily available parts. And also kind boring. We think we found it in the form of the Honda Nighthawk 750. The ‘90’s CBs weren’t ugly, just a bit plain. And we found that in Level 2 or 4 trim, they can undergo quite the Classified transformation. When Greg Sheffer came looking for a street bike that hinted at his motocross roots, we jumped at the chance. We went for visual lightness and an aggressive stance. There’s nothing onboard that doesn’t need to be there. The rider sits upright and ready to rumble. With an R6-R front end and a top of the line set of Progressive Suspension 970 shocks at the back, Mr. Sheffer has some serious running gear at his command. We built this one simultaneously with another 1992 CB and had a great time running them together before they were cut loose. Look for more takes on the Nighthawk platform in the not too distant future.