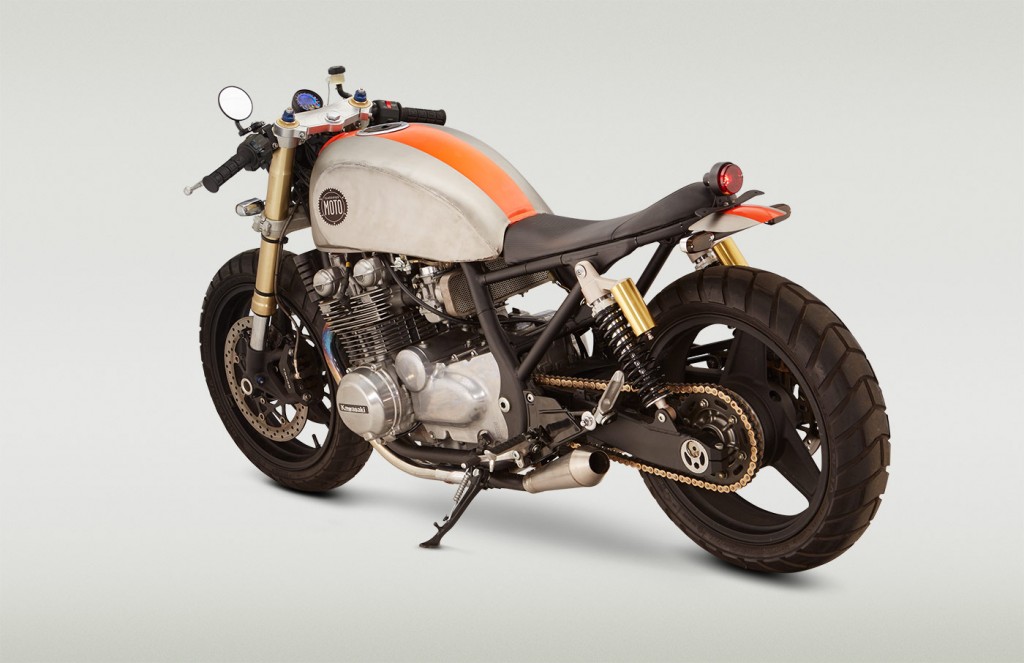 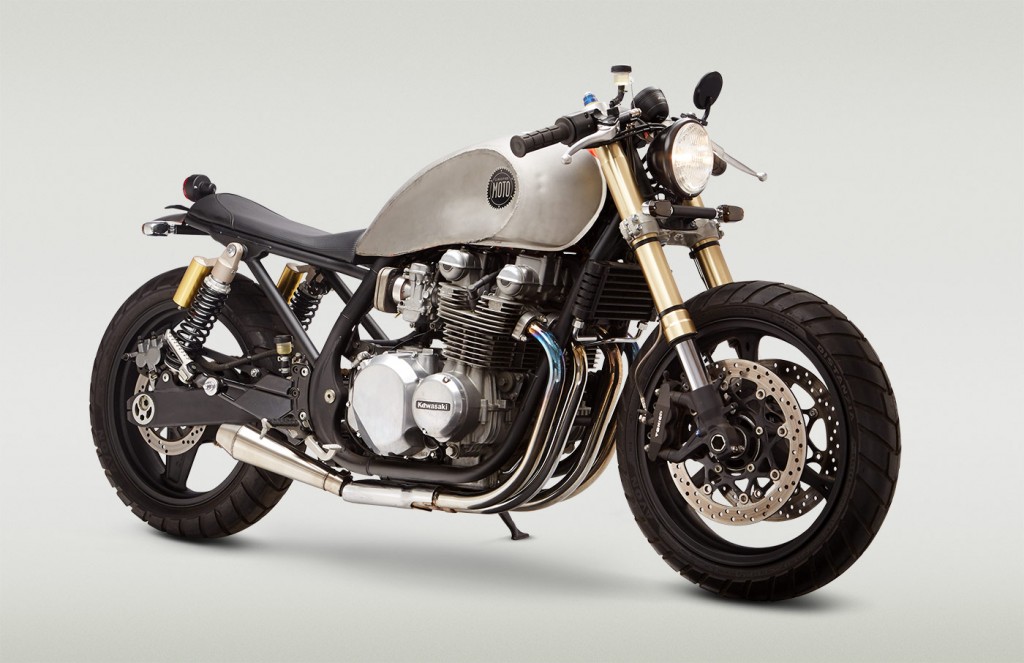 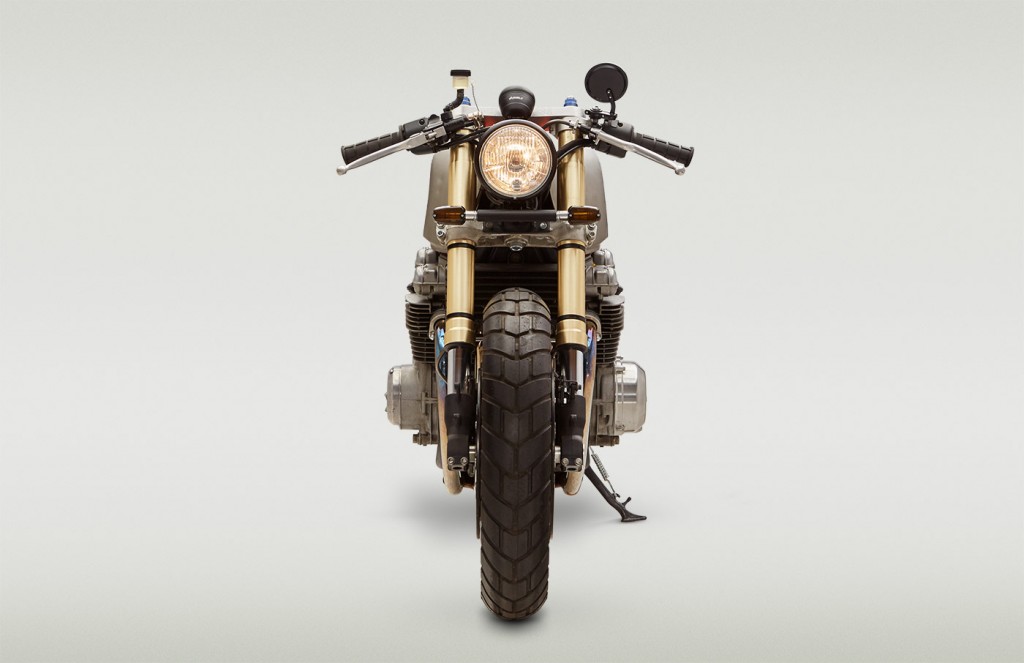 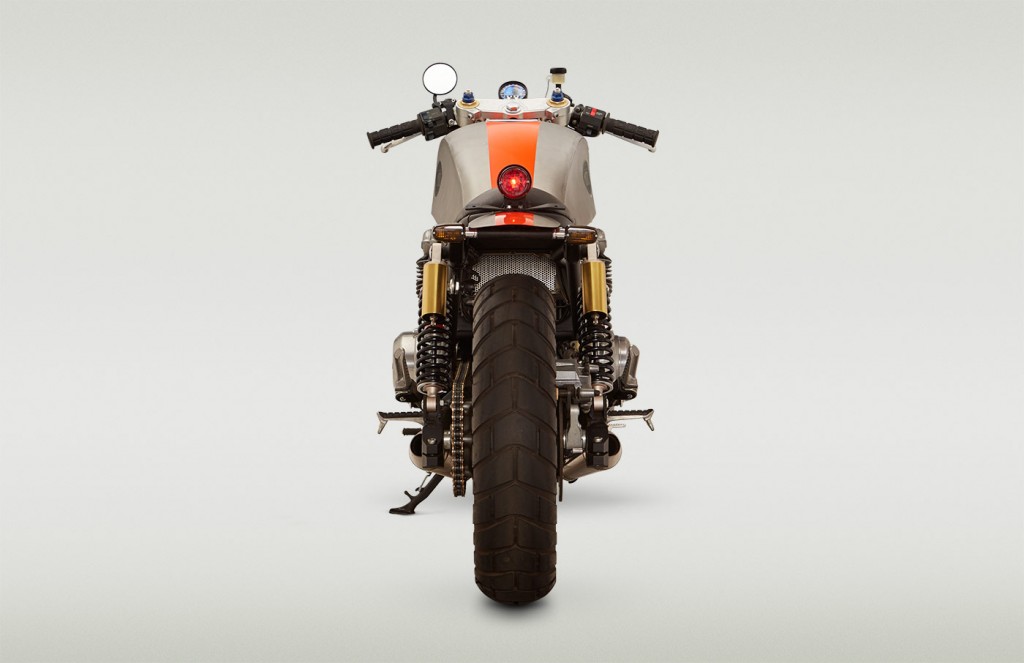 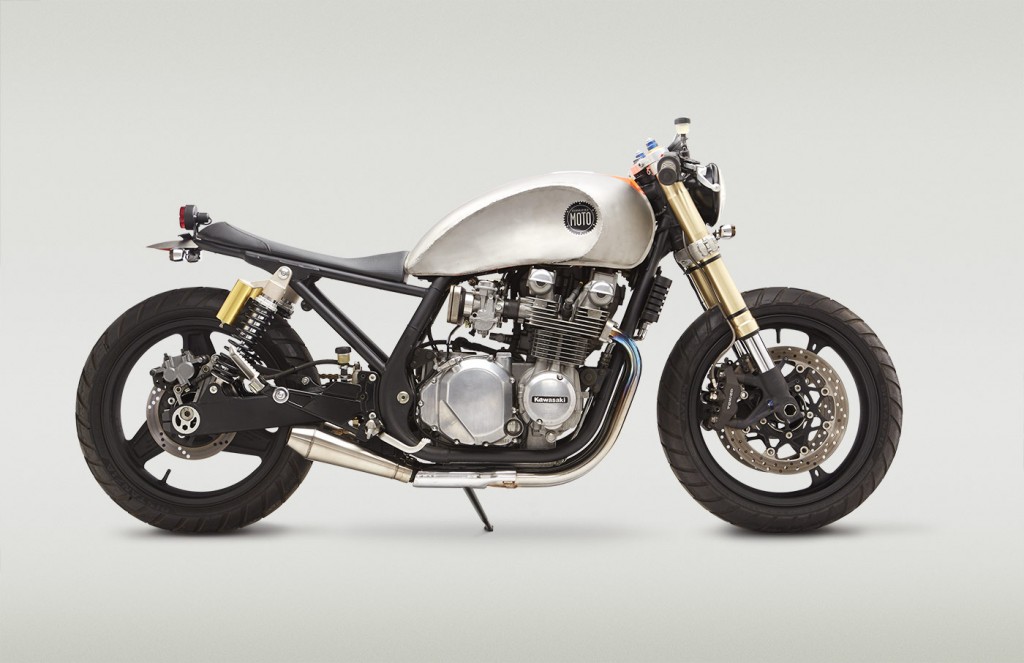 Back before I was given the boot from the advertising world, I had the pleasure of working with a smart, spunky moto lover named Norma Kwee. During that time she bought from me a sweet 1981 KZ550 which had been my first bike. Years later, Norma found herself in LA with a new job and no bike. She remembered her old buddy back in Richmond and convinced us to build something just for her. She had always admired a KZ750 we built in the early days and asked that we used it as a reference for her project. She also wanted an orange stripe on the tank. Other than that, she let us do what we wanted within her budget. The bike came together nicely until we decided to do battle with the unwieldy stock tank. Norma stands about 5’3” and that huge tank was not going to cut it. So we went at it with a Sharpie and had Atom Bomb Clay Rathburn finesse the tank into a useable shape. Can’t wait to catch up with Norma and her bike next time we’re out West.