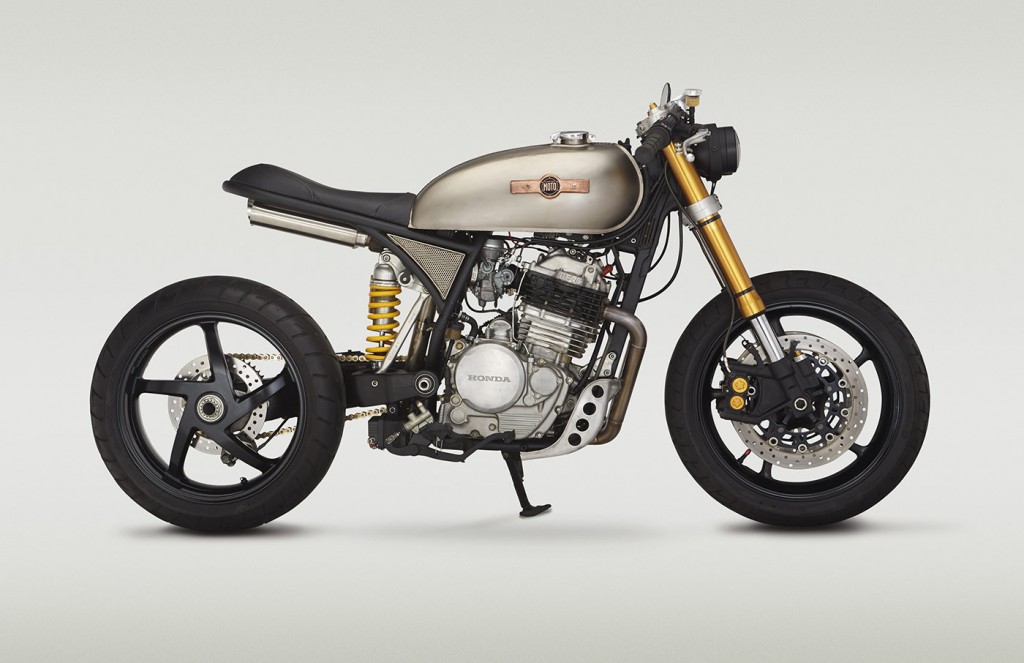 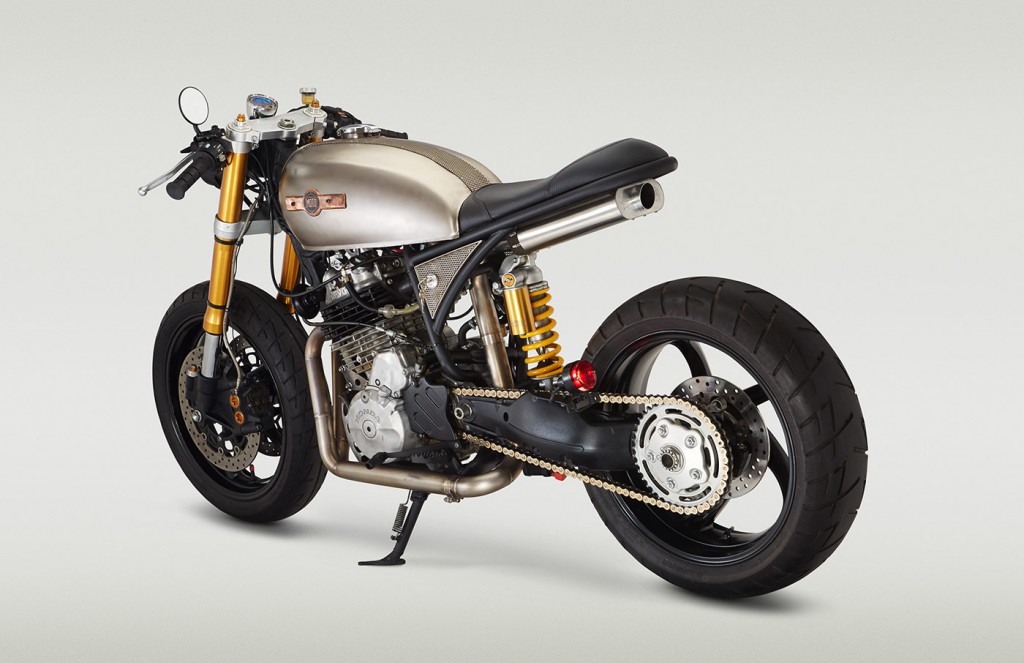 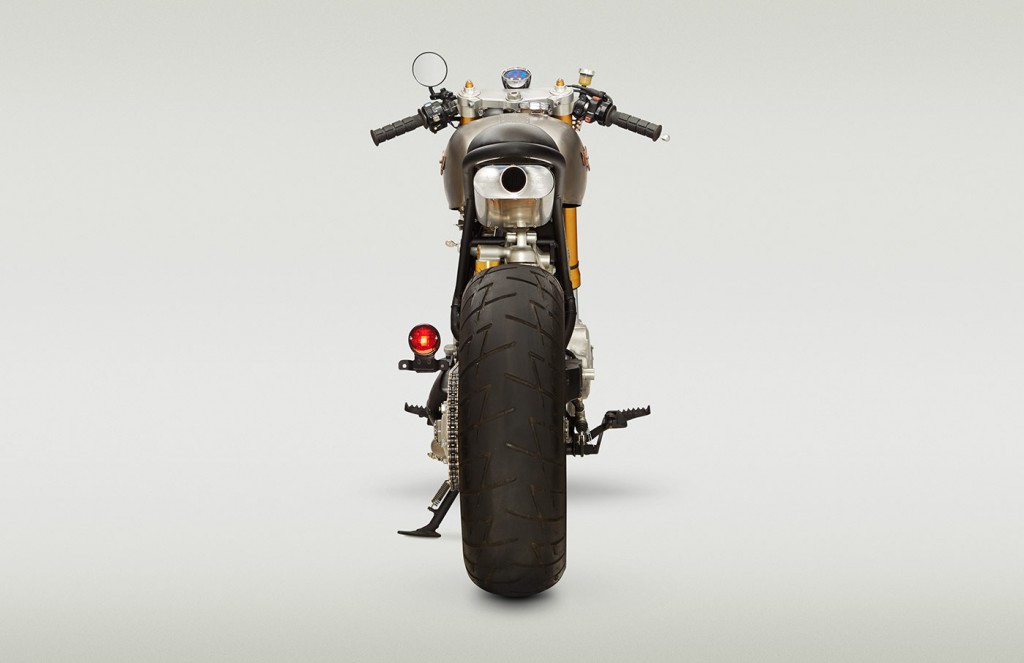 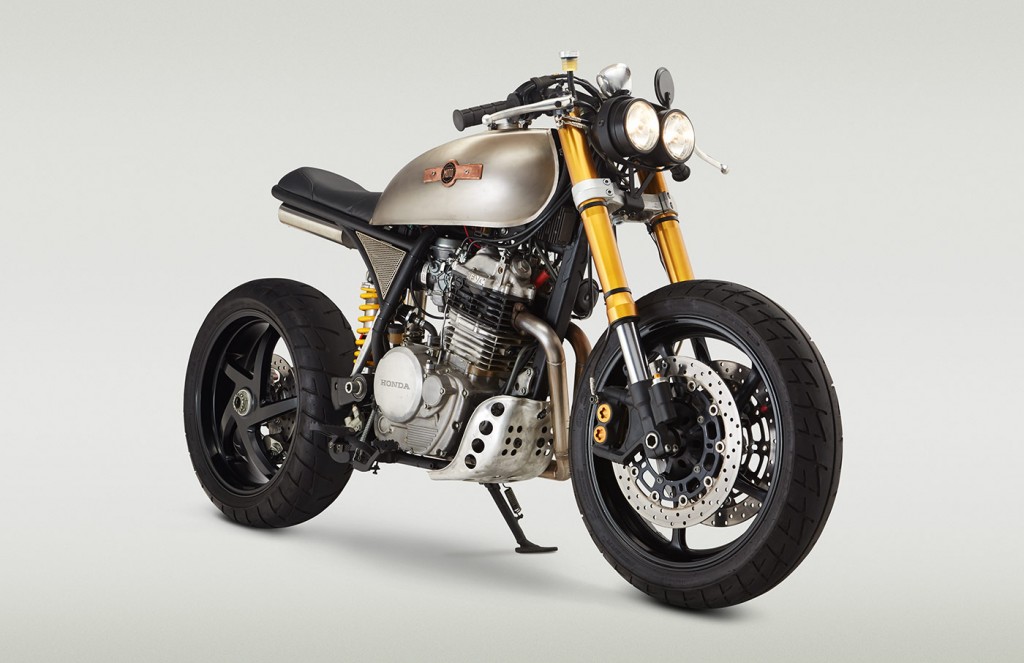 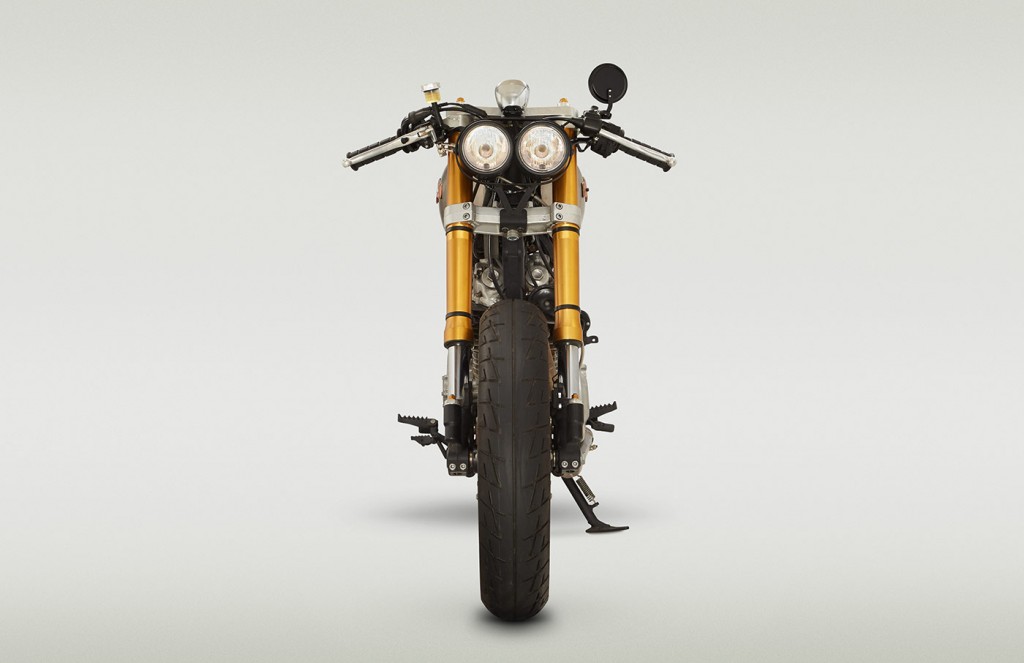 Some time after we released Katee Sackhoff’s second bike — the KT675 — we opened the elusive Classified Build Queue to accept a number of KT675 replicas and variations. Each one incorporates unique characteristics and is made to fit the new owner. This one was shipped to Glenn Pearce down in New Zealand in the summer of 2014, and man, were we sad to give it up. Throttling around our the streets of Richmond, the big single gave off a sound like no other bike we’ve done. It’s a deep, punchy, booming thump like an attack helicopter coming in low. The 675cc big bore kit makes its presence known and transforms the bike from a power standpoint. With plenty of wheel-lifting torque, and geared to cruise at or above highway speeds all day, this KT iteration is a deceivingly versatile. Like most of our bikes, it features a Classified Moto Triple Tree Conversion, available in our store if you want to level up your do-it-yourself build.