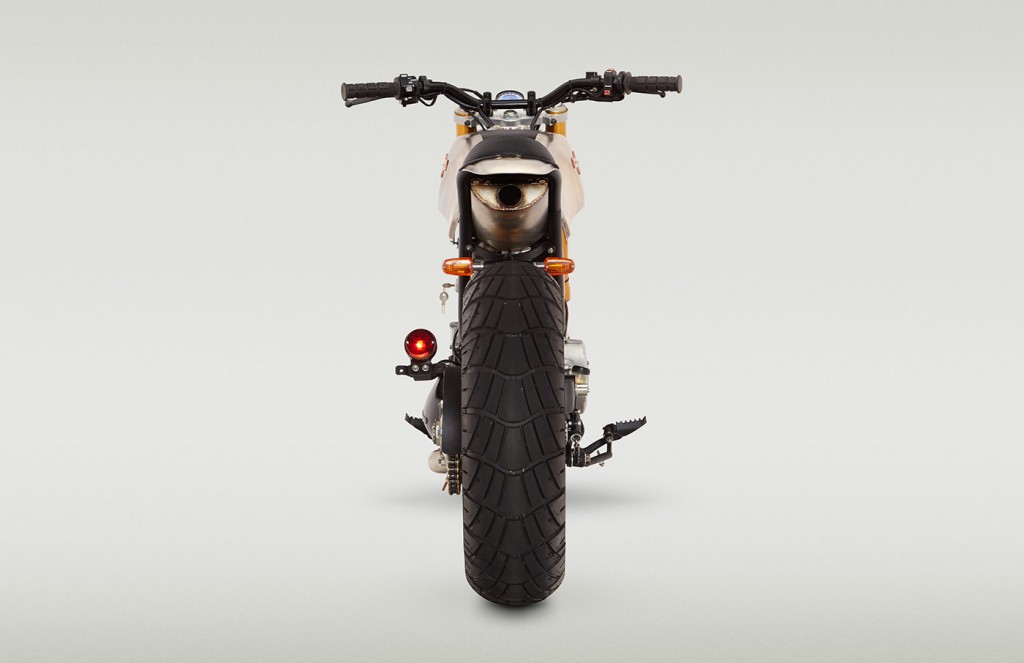 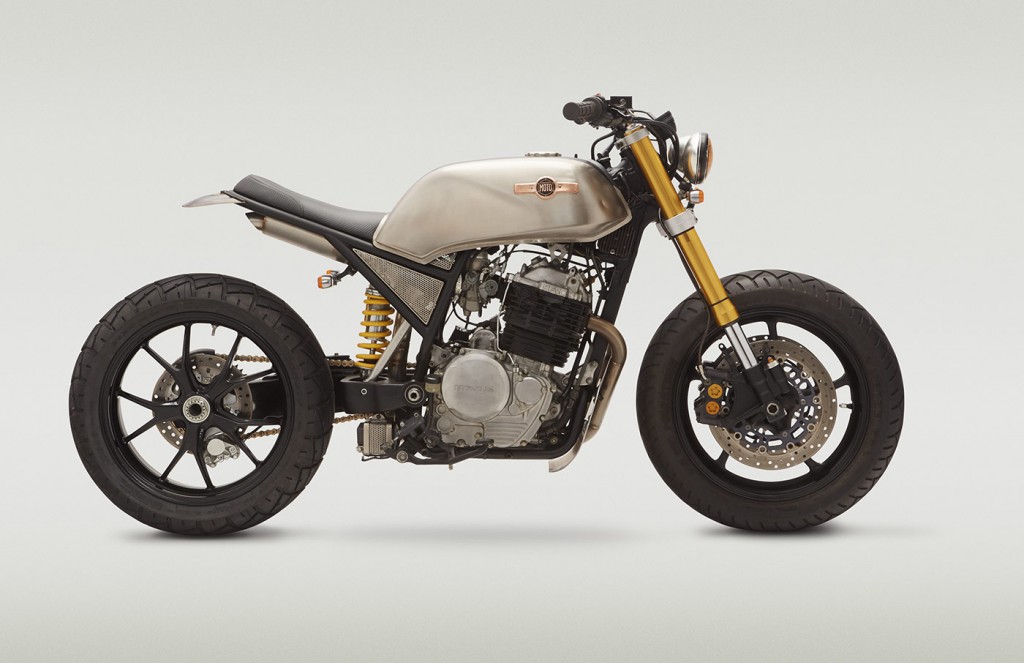 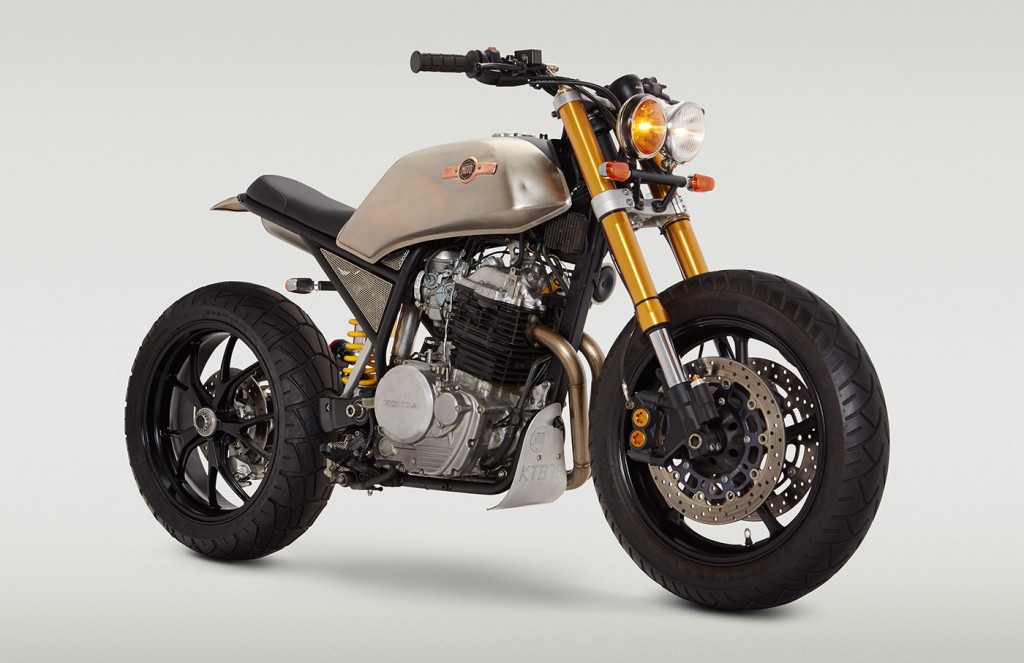 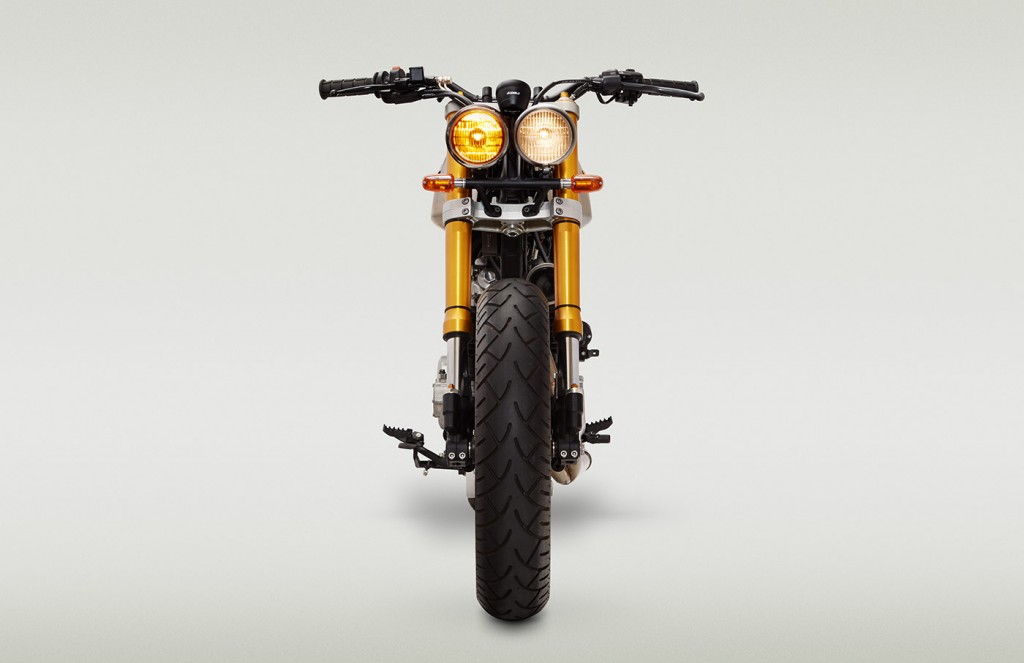 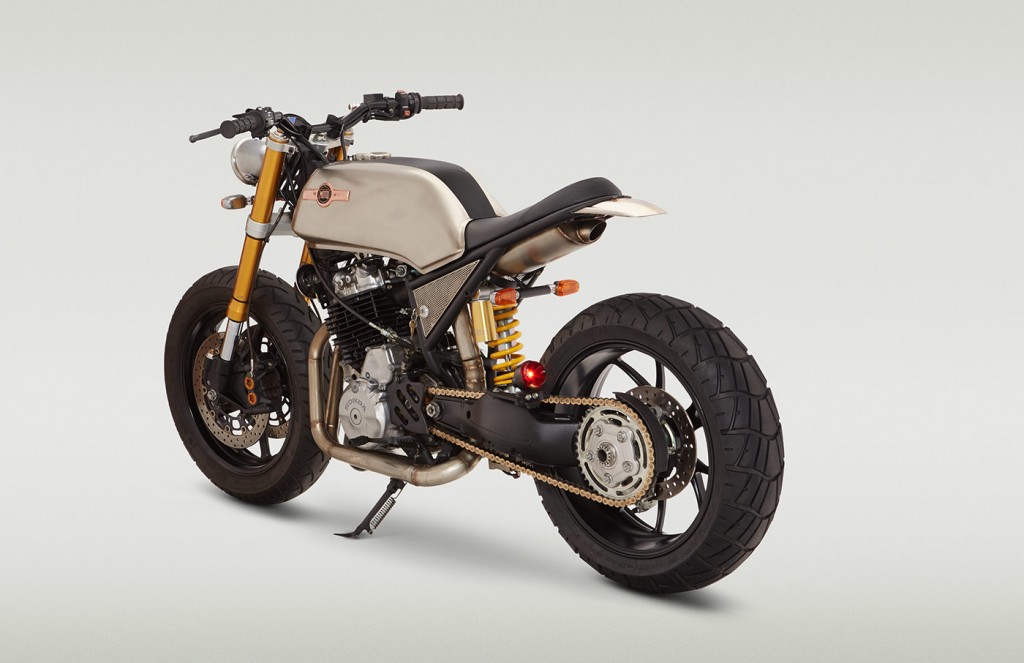 Back in November of 2013, we went for a wild ride with actress Katee Sackhoff. Not only did we get to build her a bike, but we did it in front of the Café Racer TV cameras. Once the show aired we were bombarded with requests for replicas of Katee’s XL600R. And Katee being Katee, let us oblige one of those requests with her bike provided we build her another one. And so we did — faster, fancier, even cooler. This one is based on a late model XR650L, bored out to 675cc with hotter cam and tucked stainless exhaust. A Ducati swing arm replaces a heavier Triumph unit and YZF-R6R forks usurp the Ninja running gear up front. Perhaps the most awesome part of this build was delivering it across the country in a blizzard by way of The One Moto Show in Portland, Oregon. After a couple days of relaxing with some of the nicest bikes and builders from near and far, we were back in the truck. A quick 1,000-mile plus drive down to LA and we were tucking the new KT into Katee’s garage, safe and sound.