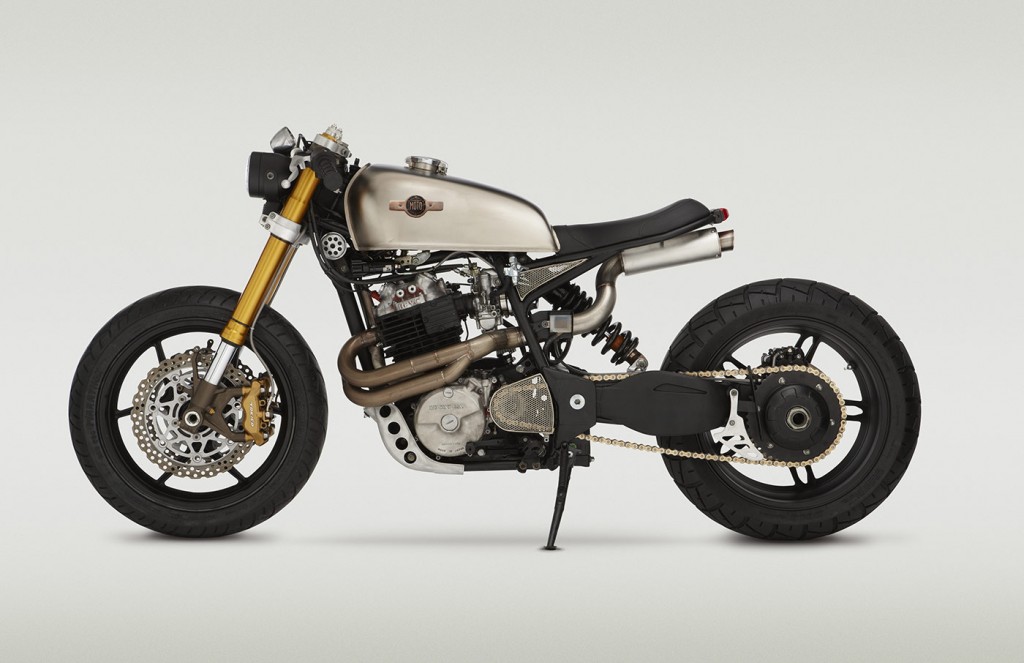 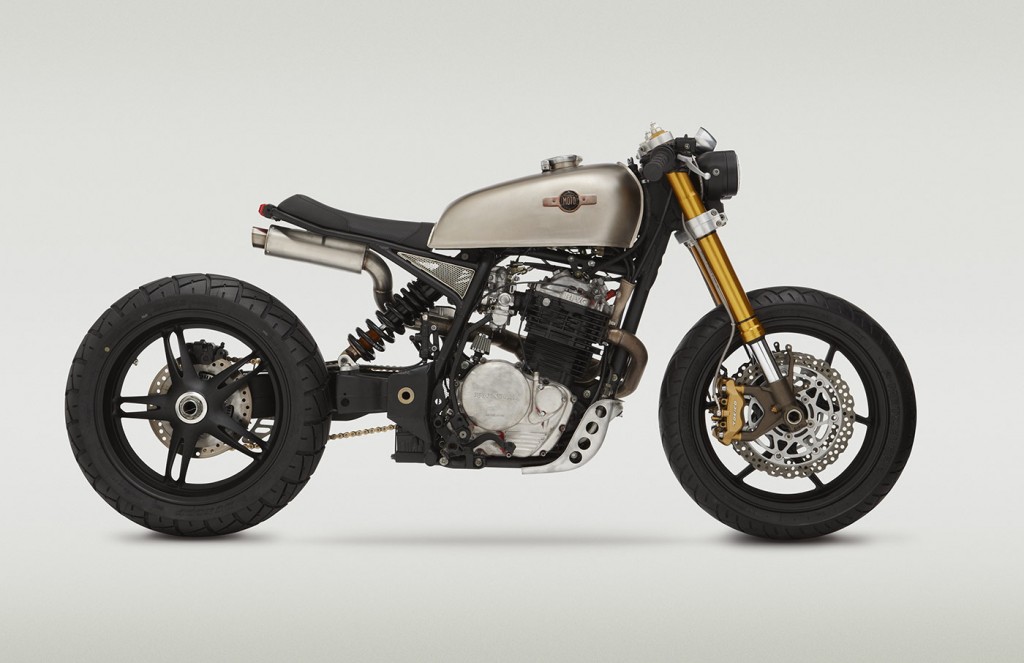 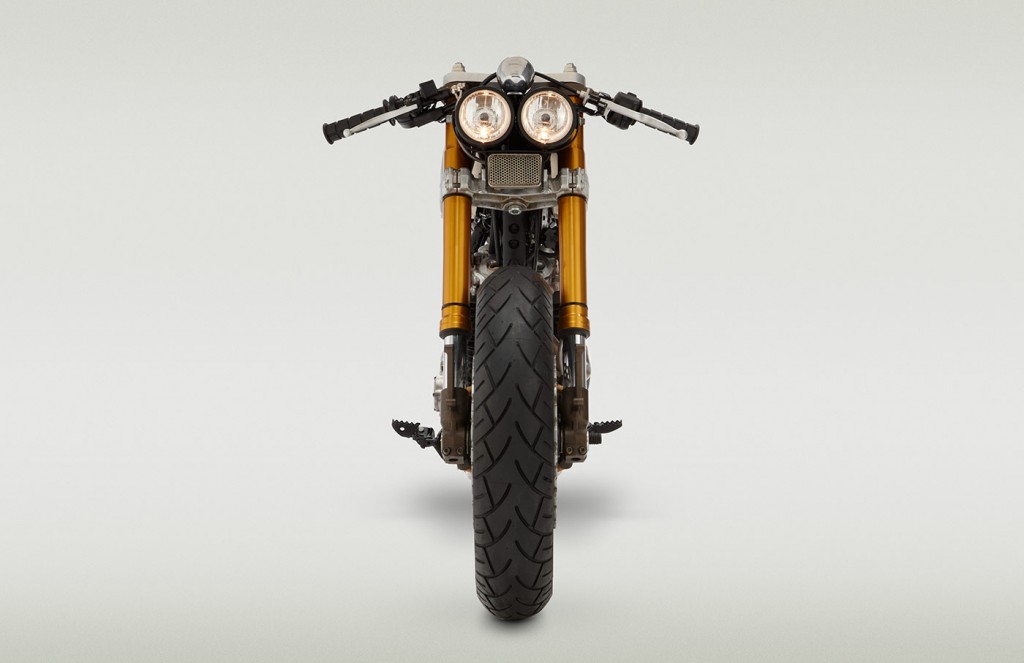 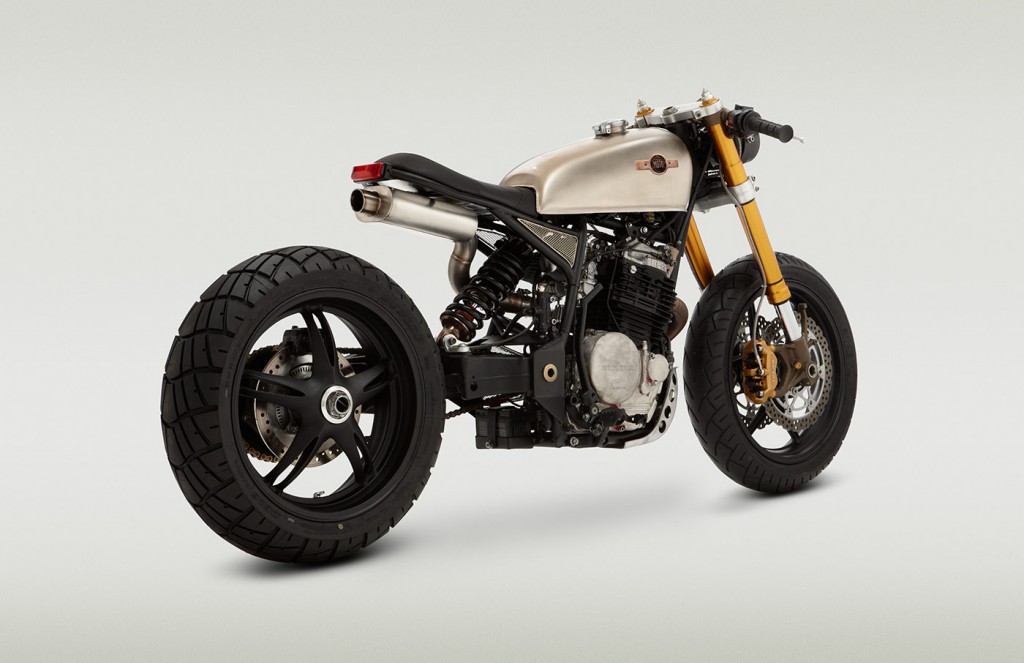 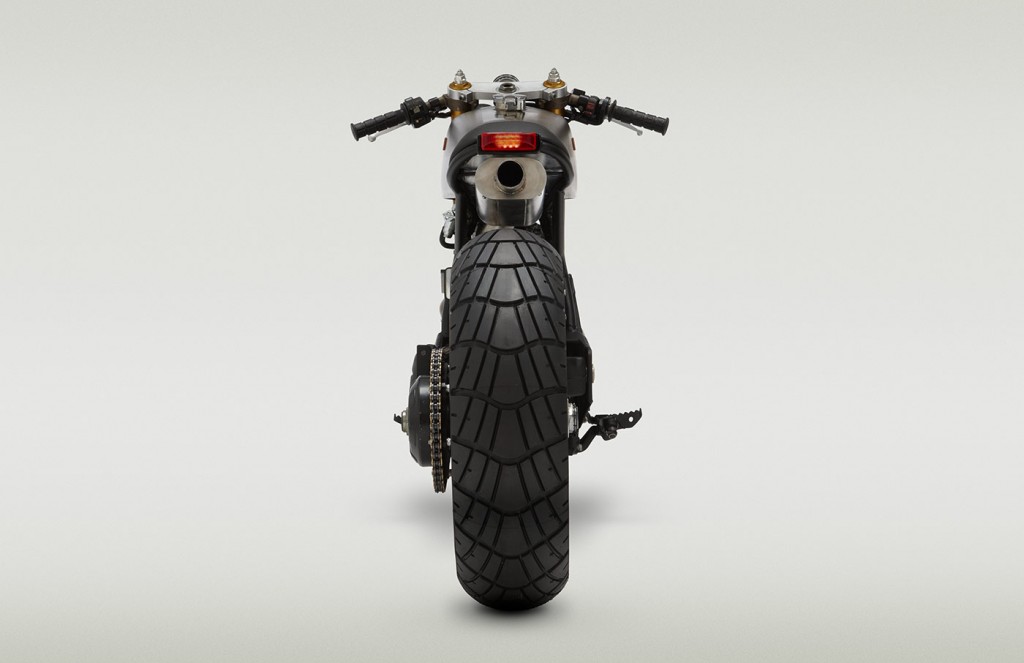 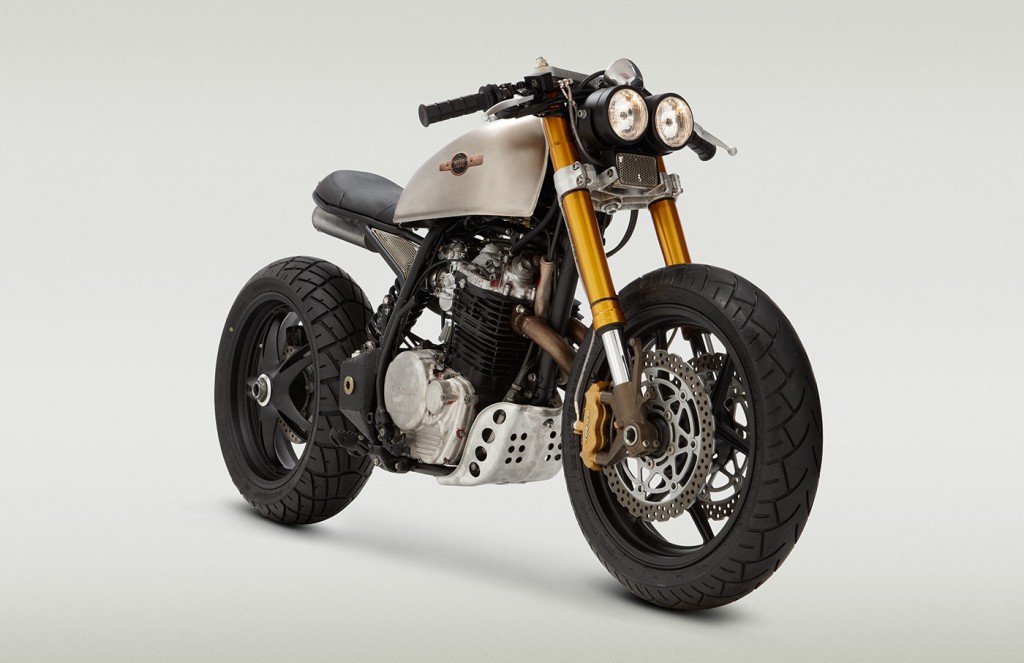 I could go on and on about all the awesomeness that surrounded this build, but I’ll try to just hit the highest points. Once upon a time I noticed that the one and only Katee Sackhoff (Battlestar Galactica, Longmire, Oculus, etc.) was following me on Twitter. Say what? Right about that time, Café Racer TV had approached us to do a build for their series on Velocity Network. While Greg and I were kicking around ideas of what to build, I thought to ask Katee is she’d be interested in being a part of it. Drumroll…she said yes. And this KT600 is the result. For many reasons it was unlike any previous project for us. Because of the shooting schedule we had to build the bike in spurts for the cameras, then make progress (not TOO much progress) for a few weeks and shoot again. We built the whole bike in my garage before we moved into our permanent shop, and shot the final installment out in LA when we delivered the bike to Katee. She is the coolest, nicest, most down to earth person we could have hoped to meet, and we’re jealous we don’t get to ride around with her all the time. On the same trip, we got to meet Jay Leno and tour his garage. And hang out with him in the green room. And, best of all, it would not be the last bike we built for Katee. Definitely an unforgettable experience.