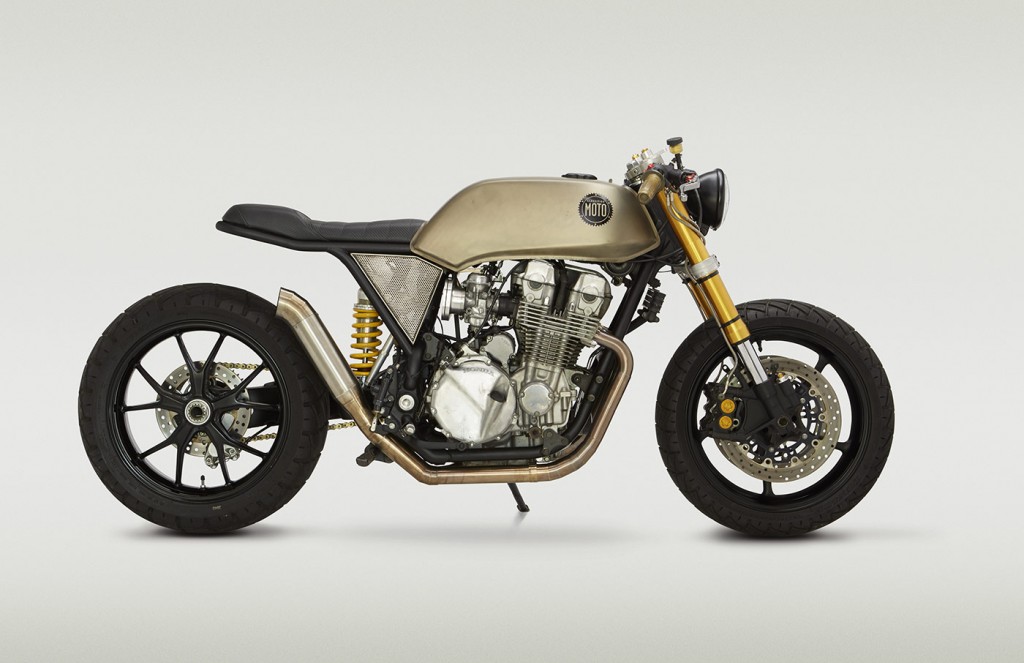 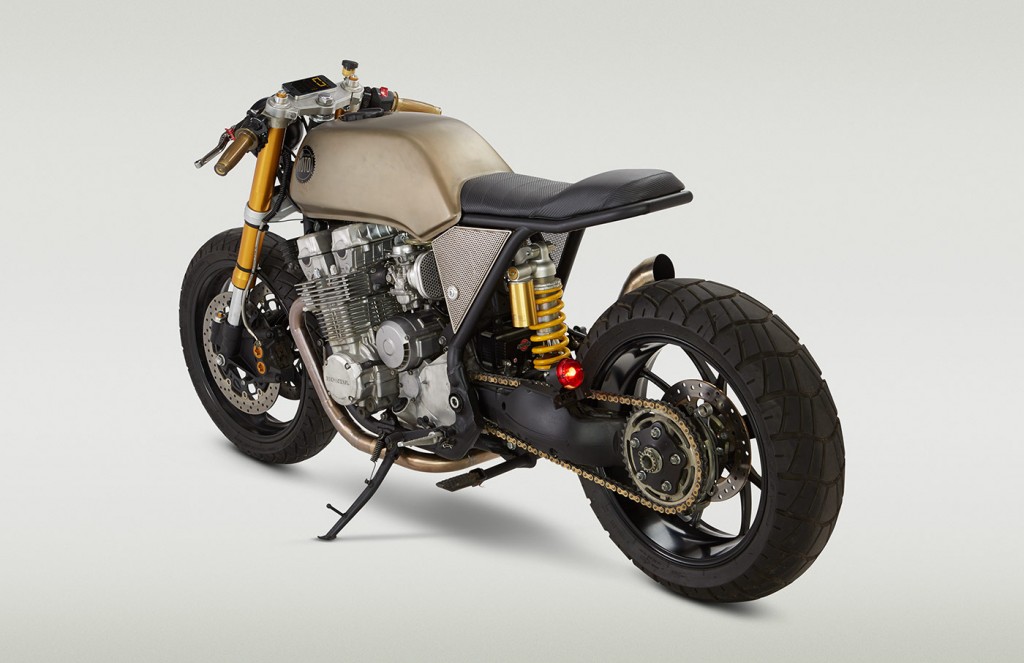 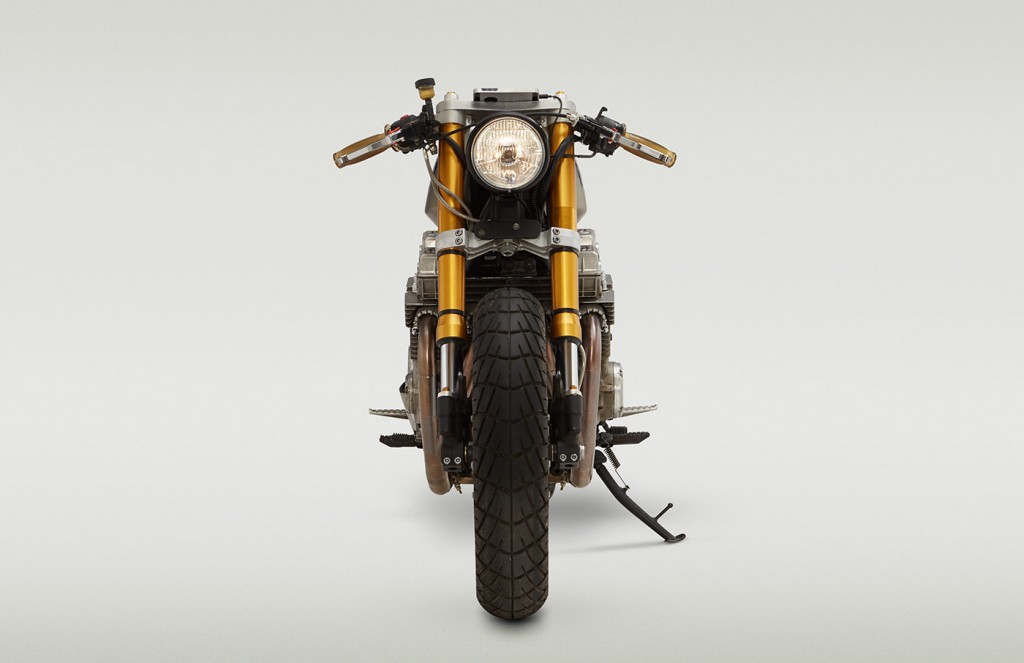 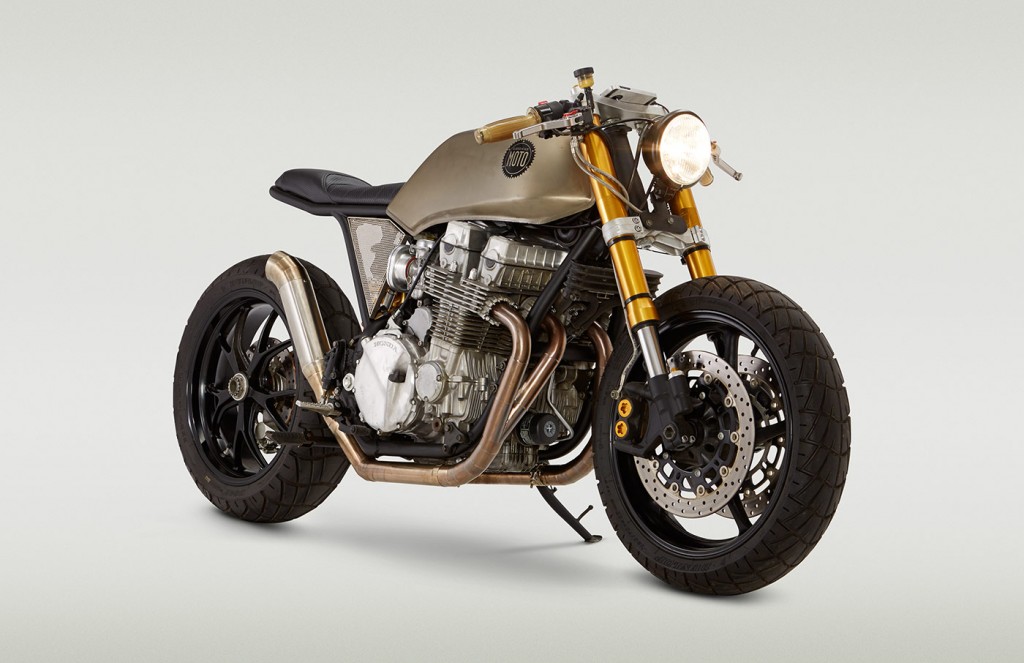 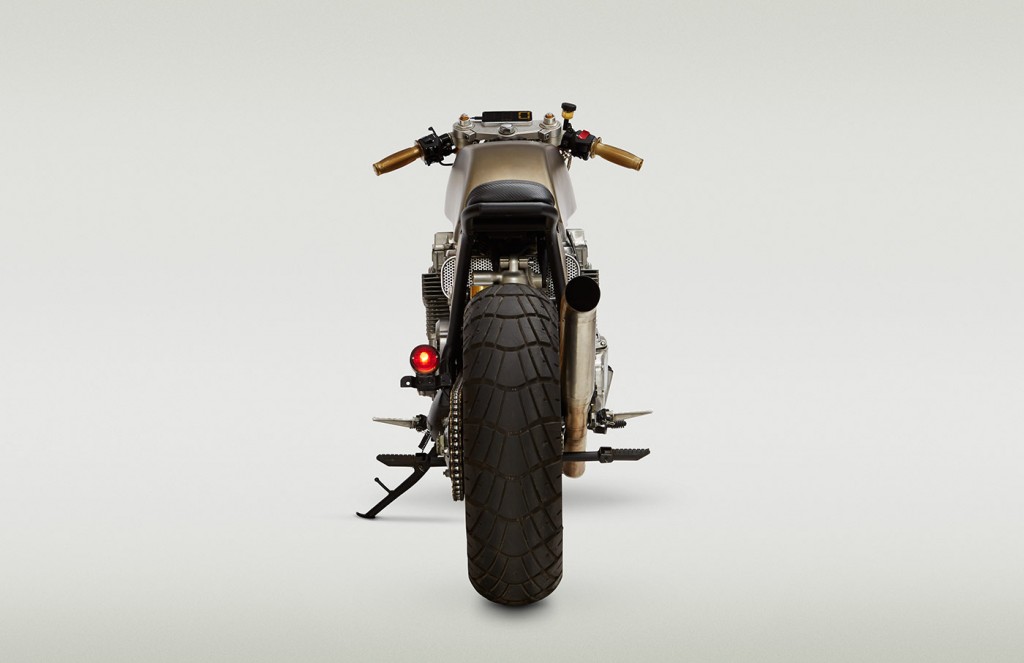 This charismatic little bike was built for Jordan Patruskey a few states north of us in New Jersey. We delivered it to him — at long last — in the summer of 2014. As is the case with the lots of custom builds (ours anyway) a bunch of unforeseen issues came up over the course of the project leading us to believe the bike might have a malevolent side, hence the nickname “Mr. Hyde”. Despite the tribulations, in the end we were all stoked with the result and were really kind of bummed to see it go. Having operated on the cranky bike for so long, we thought we’d give it a little vacation, so we drove it out to The One Moto Show in Portland in February of 2014. There, it basked in the adoration of throngs of alt-moto worshipers reveling in a haze of loud music, PBR and a rare snowstorm. The trip was at once grueling and exhilarating with many thousands of miles put on the old Silverado and many new friends made. We’re stoked to know Mr. Patruskey and Mr. Hyde are menacing the streets of the Garden State under the CM flag.