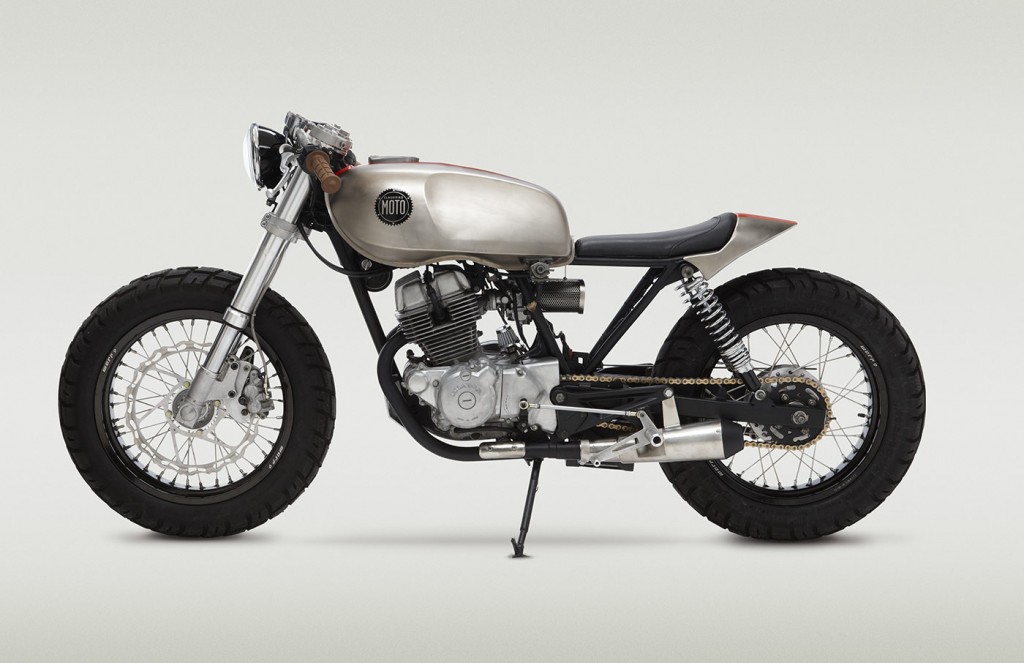 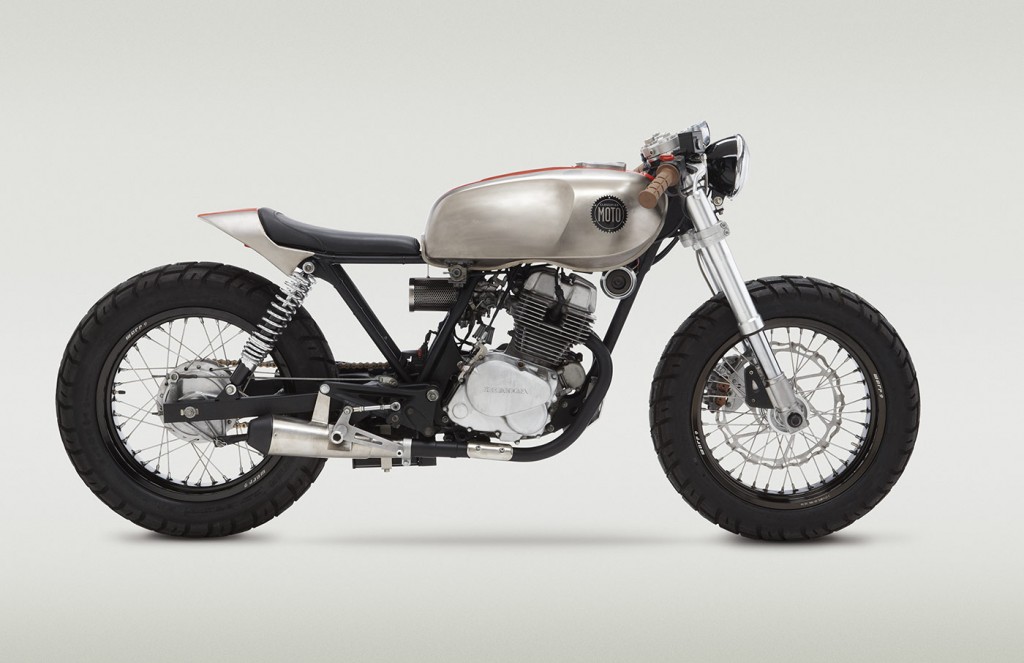 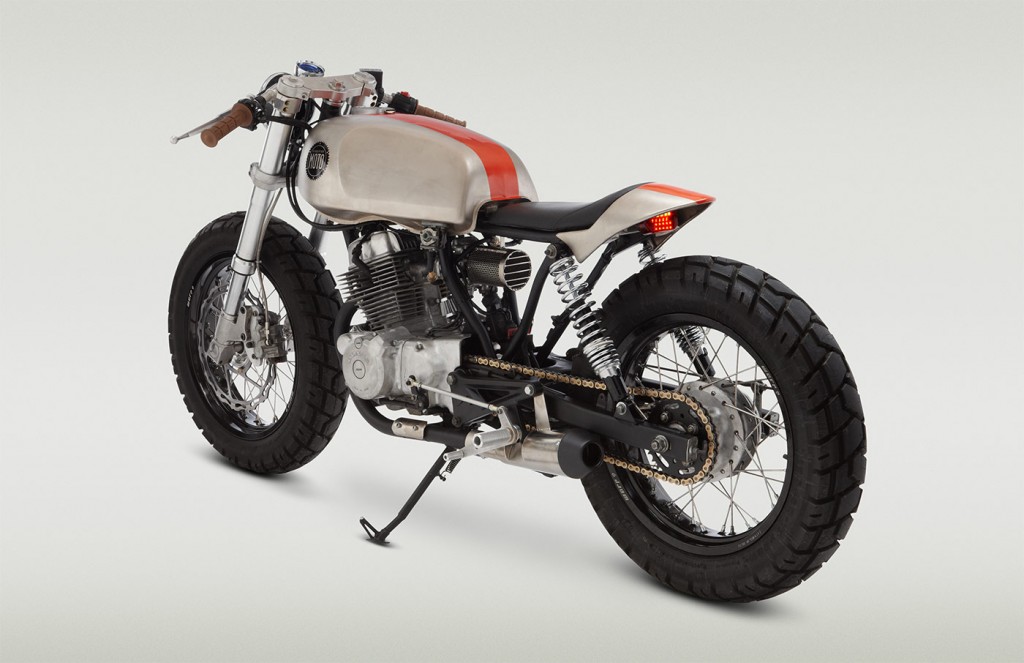 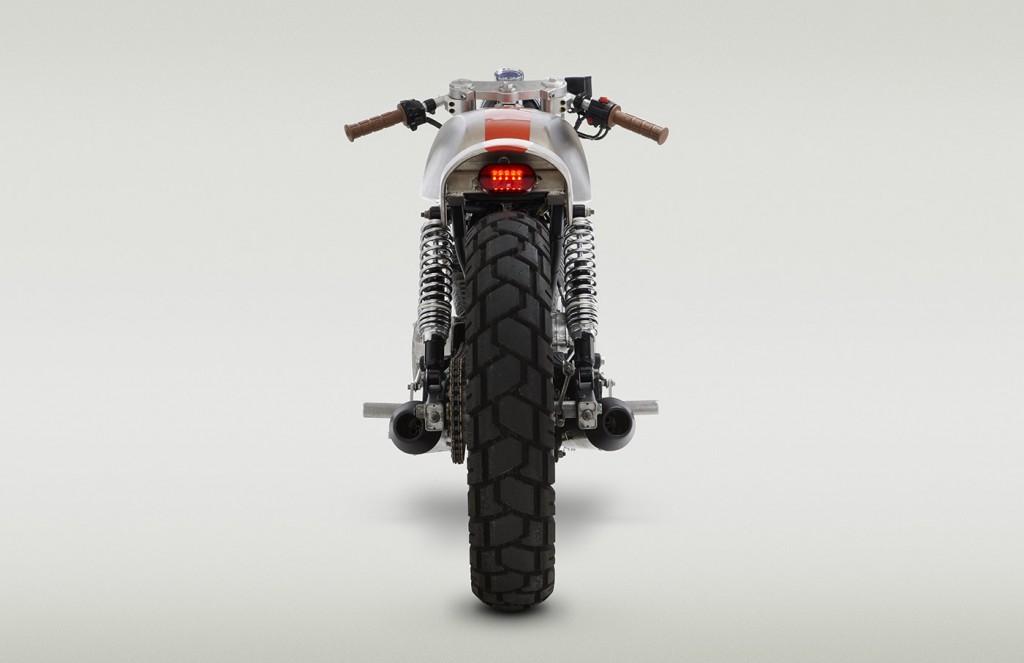 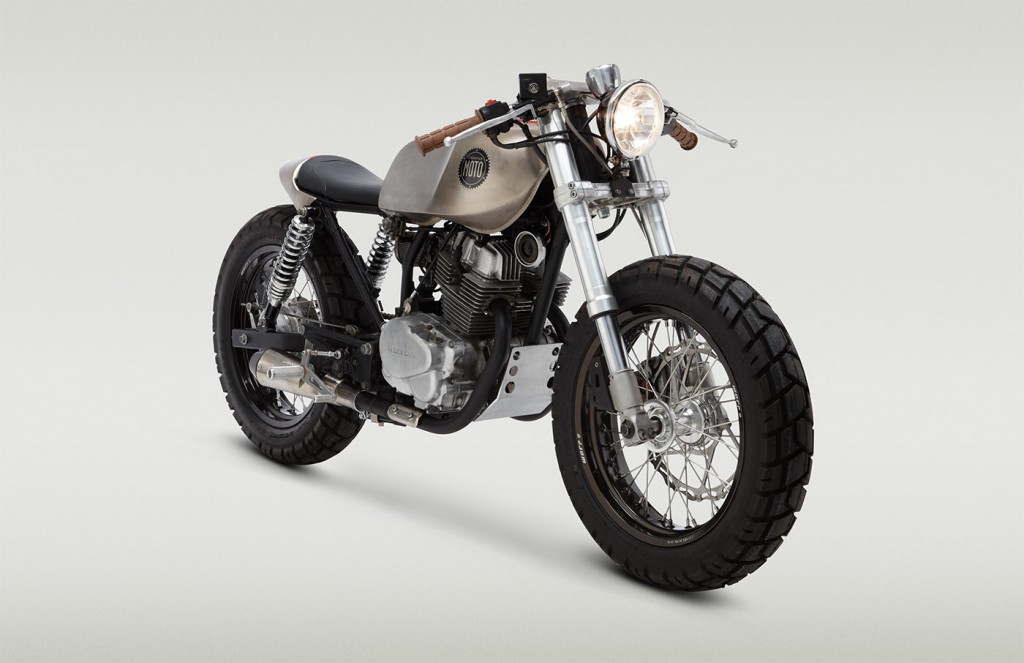 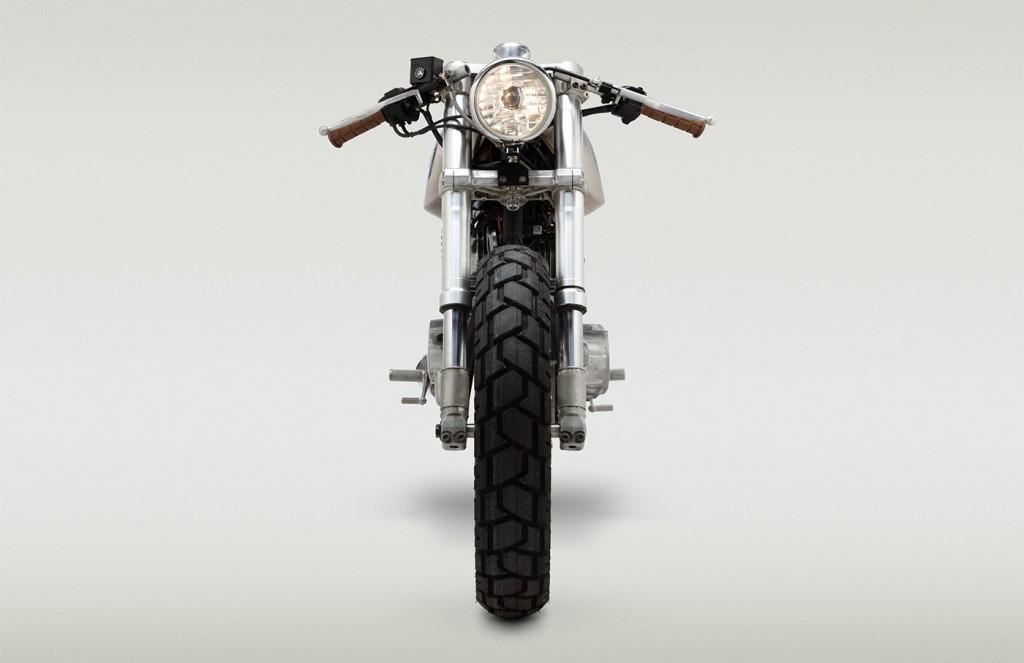 Brant’s little Capital City scrapper started life as a lowly Honda CB250. Built to dodge traffic and hop curbs on the commute to and from The Pentagon, this smallest member of the ubiquitous Nighthawk family was completely transformed during the build. We got as much air and fuel as we could into the little twin, but alas, no smoking tires or wheelies are likely to be had. Fun, on the other hand, is ready on demand. Not without its challenges, the build presented lots of opportunities for creativity — from the perforated air cleaner cover that can serve as a camp stove, to the notched silencers that permit perfect peg placement. And at the end of the road, we (and the bike’s happy new owner) were treated to an unveiling party at The Iron Horse Taproom in the heart of DC. In the end we built a bike we were proud of and made some great new friends. Gotta love that.