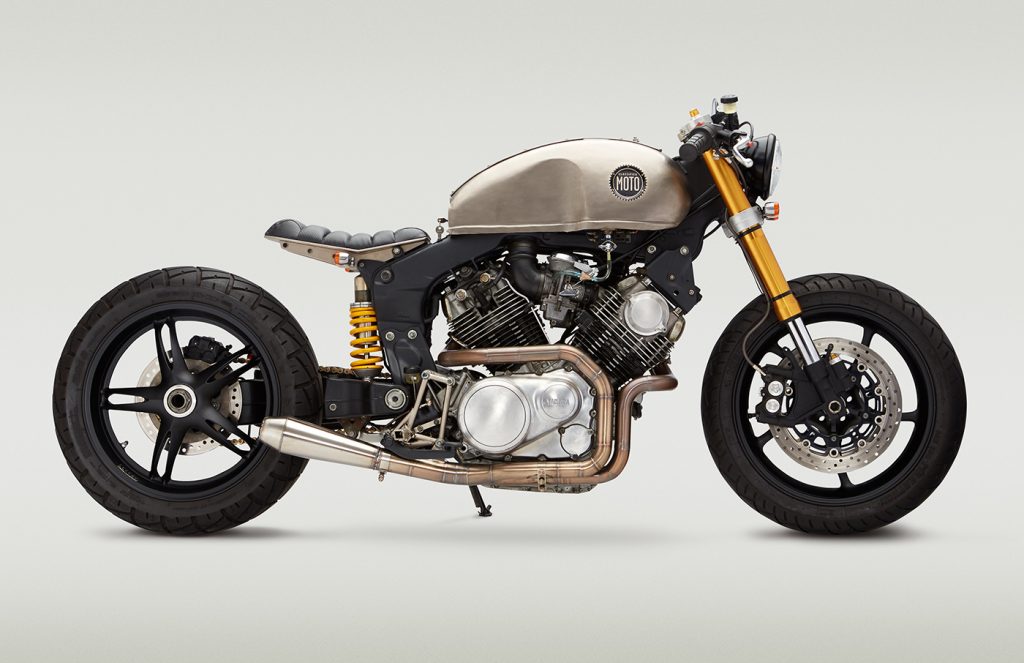 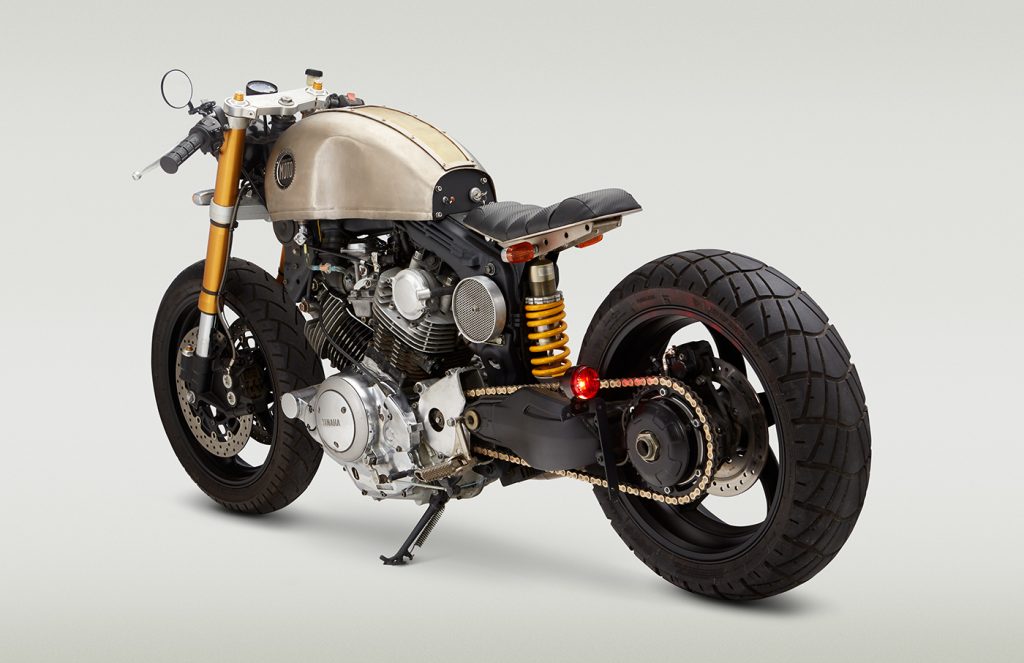 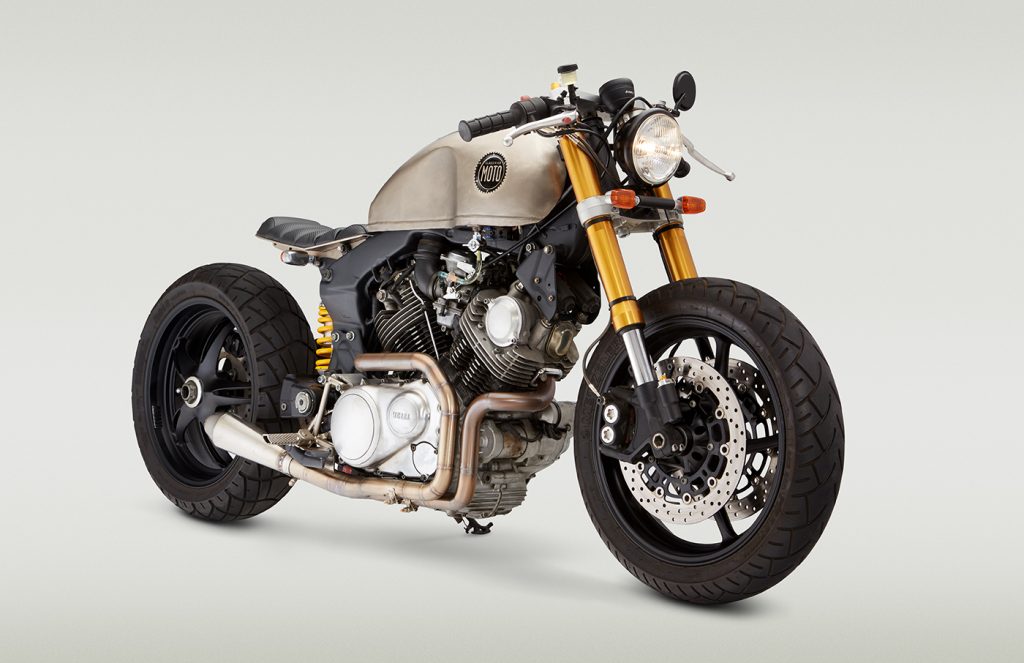 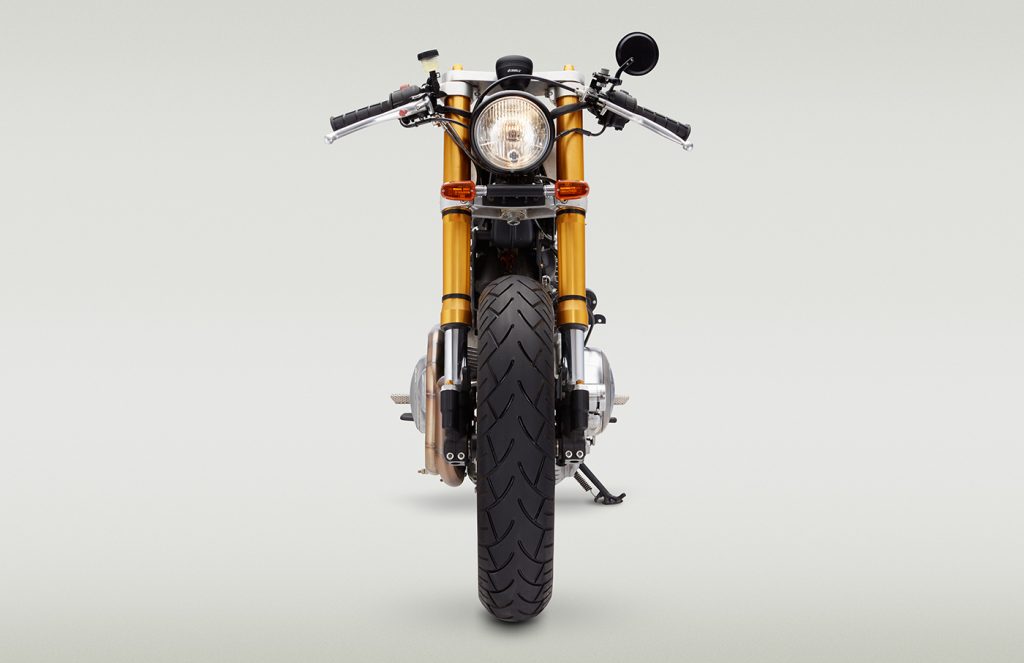 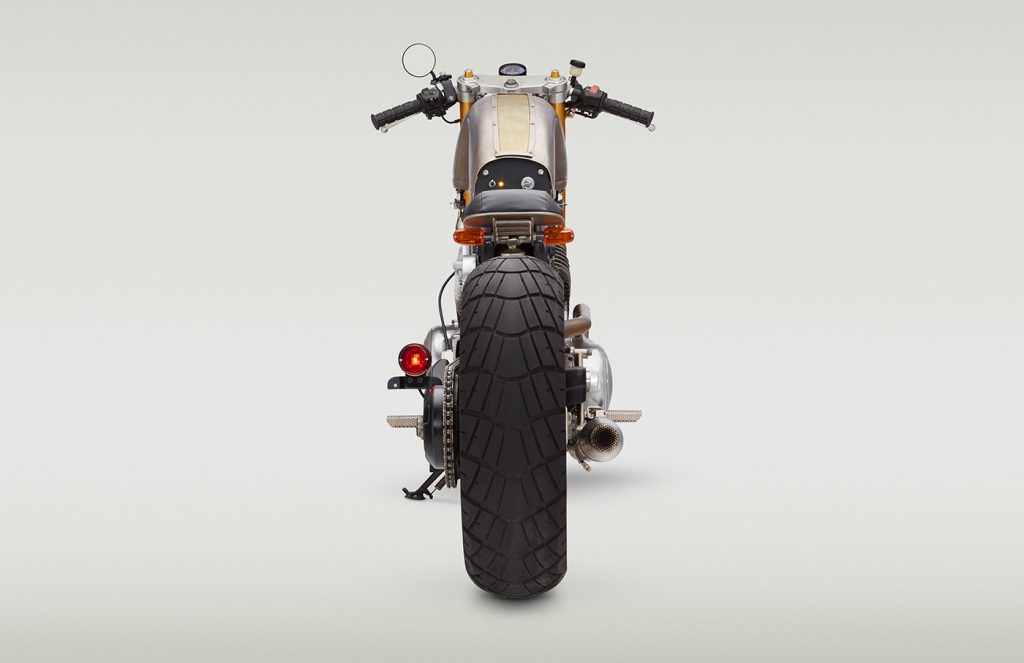 Florida pilot Camilo Saiz is the first man on the planet to own a Classified Moto XV920R equipped with a single-sided swing arm. Hard to believe, since we’ve built so many XVs and so many bikes with single-siders, but alas, it’s true. Camilo wanted the seat as low as possible, so we came up with a hinged mono that tucks nicely against the backbone of the bike. It pivots to allow access to the sweet Shorai Lithium Ion battery nestled in the hollows of the frame. The nickel-plated Benelli-style fuel tank features a bezeled brass stripe and flush-mount cap for a decidedly “Rocketeer” look. It was fun to mix it up a bit with this Yamaha and bring Camilo a bit of high-flying, low-riding fun.