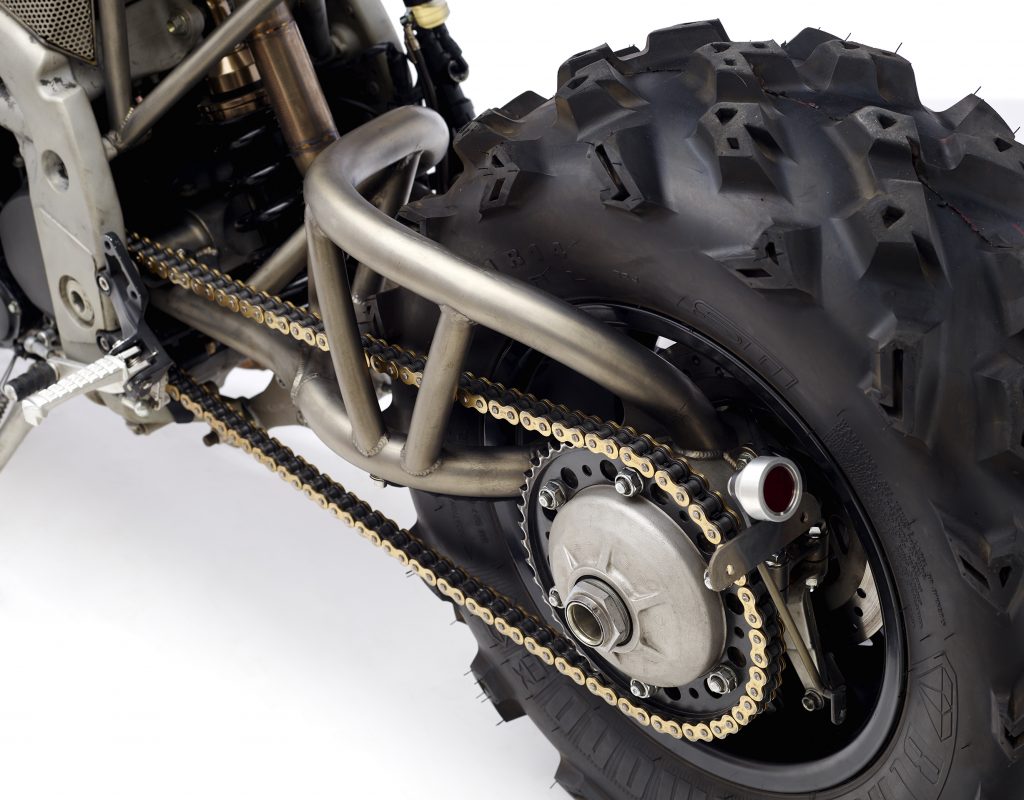 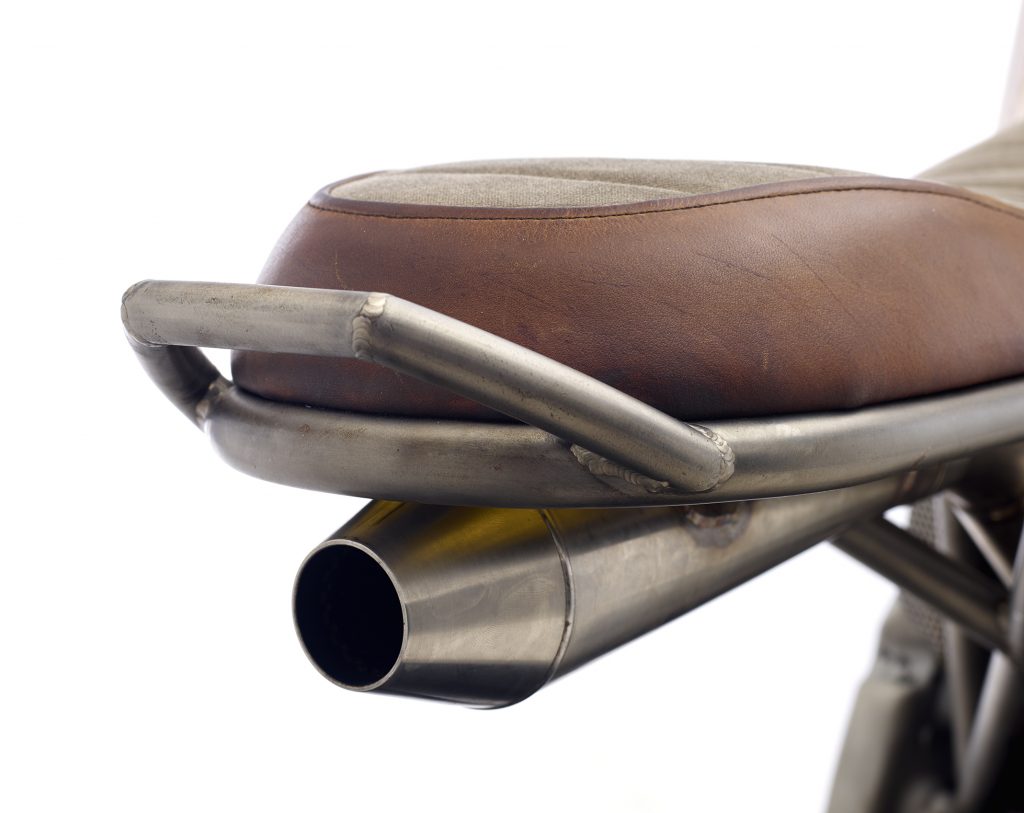 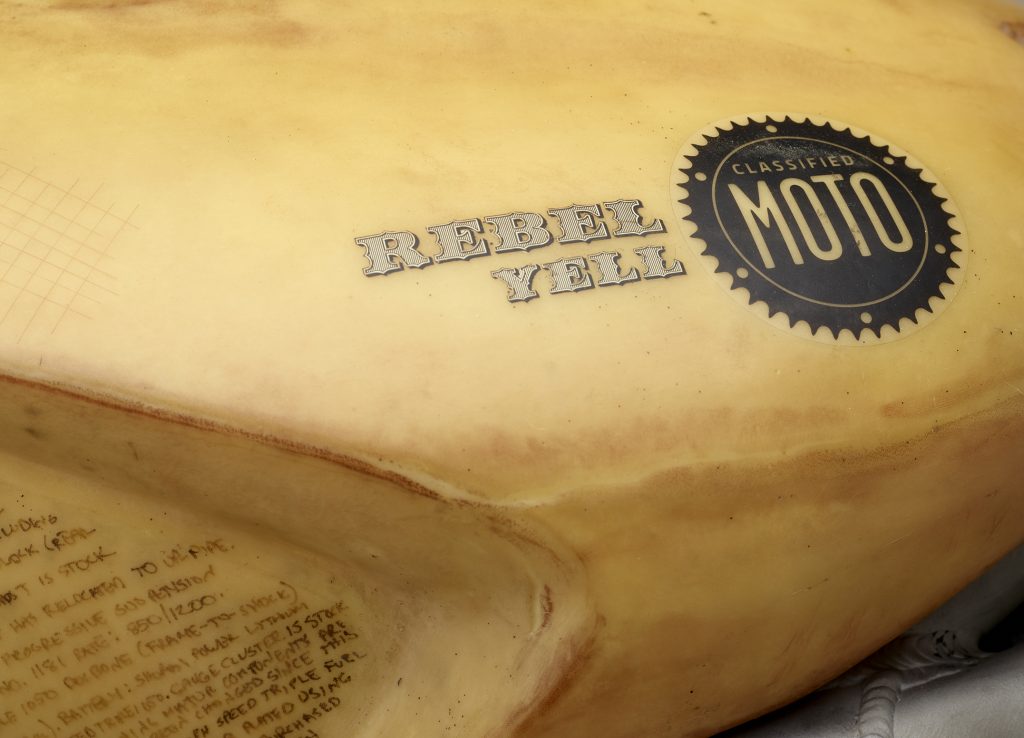 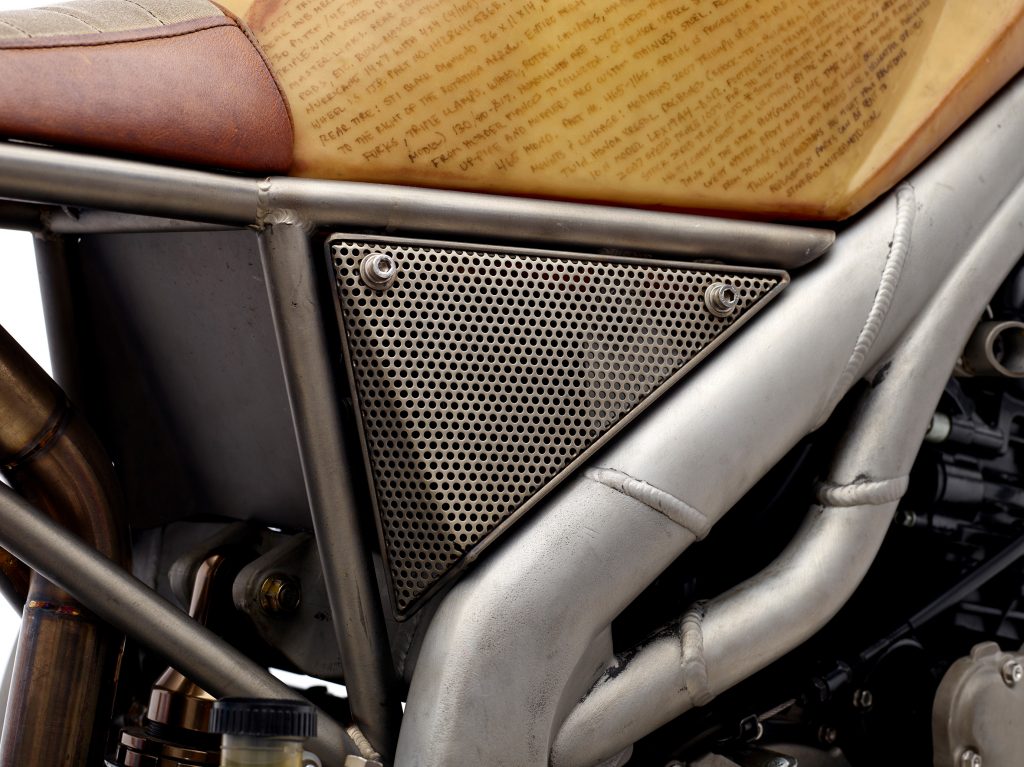 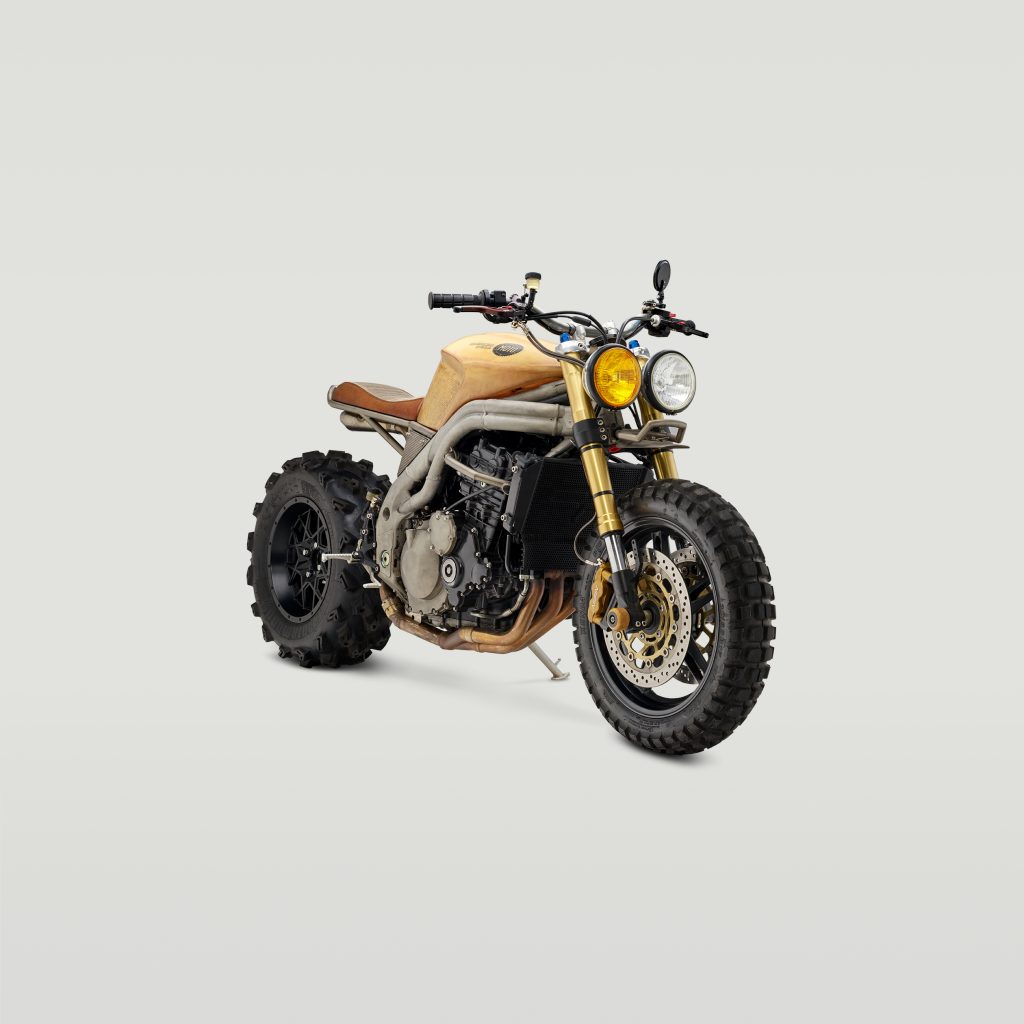 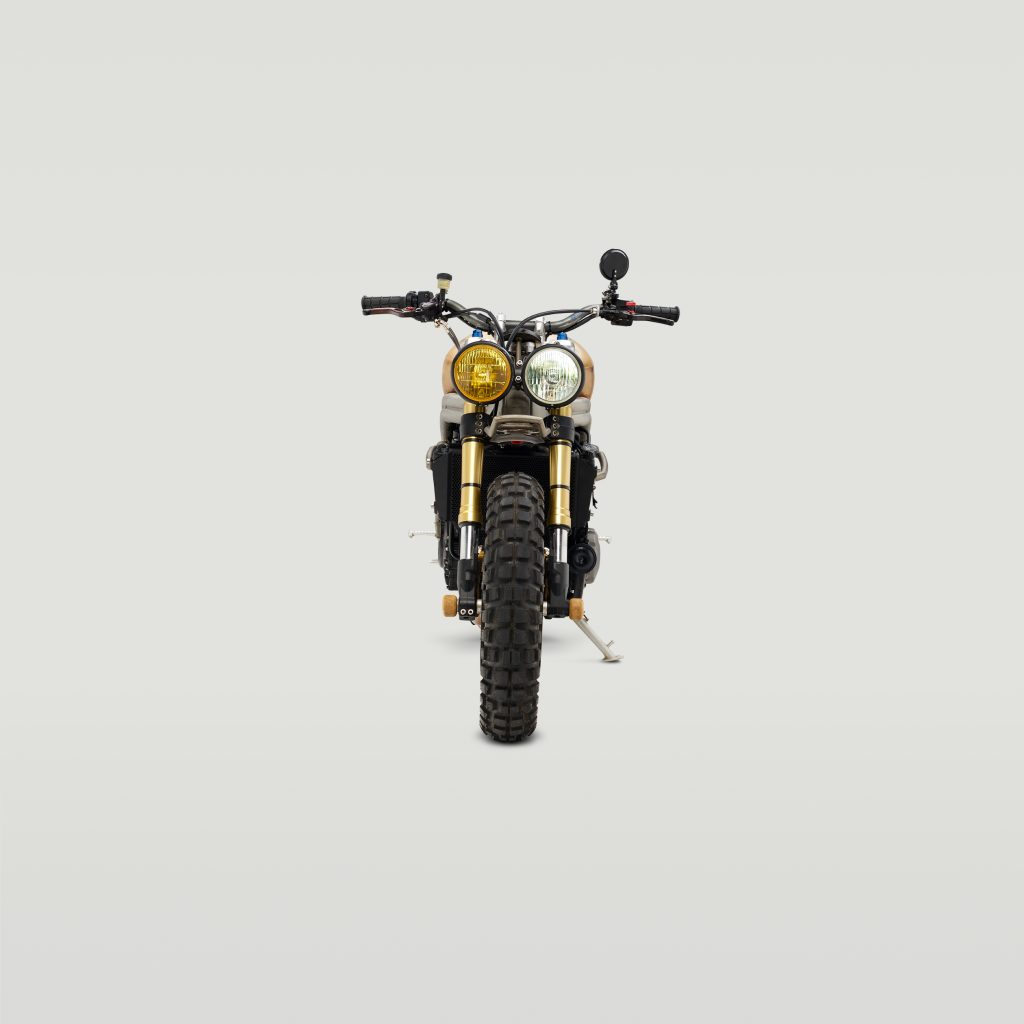 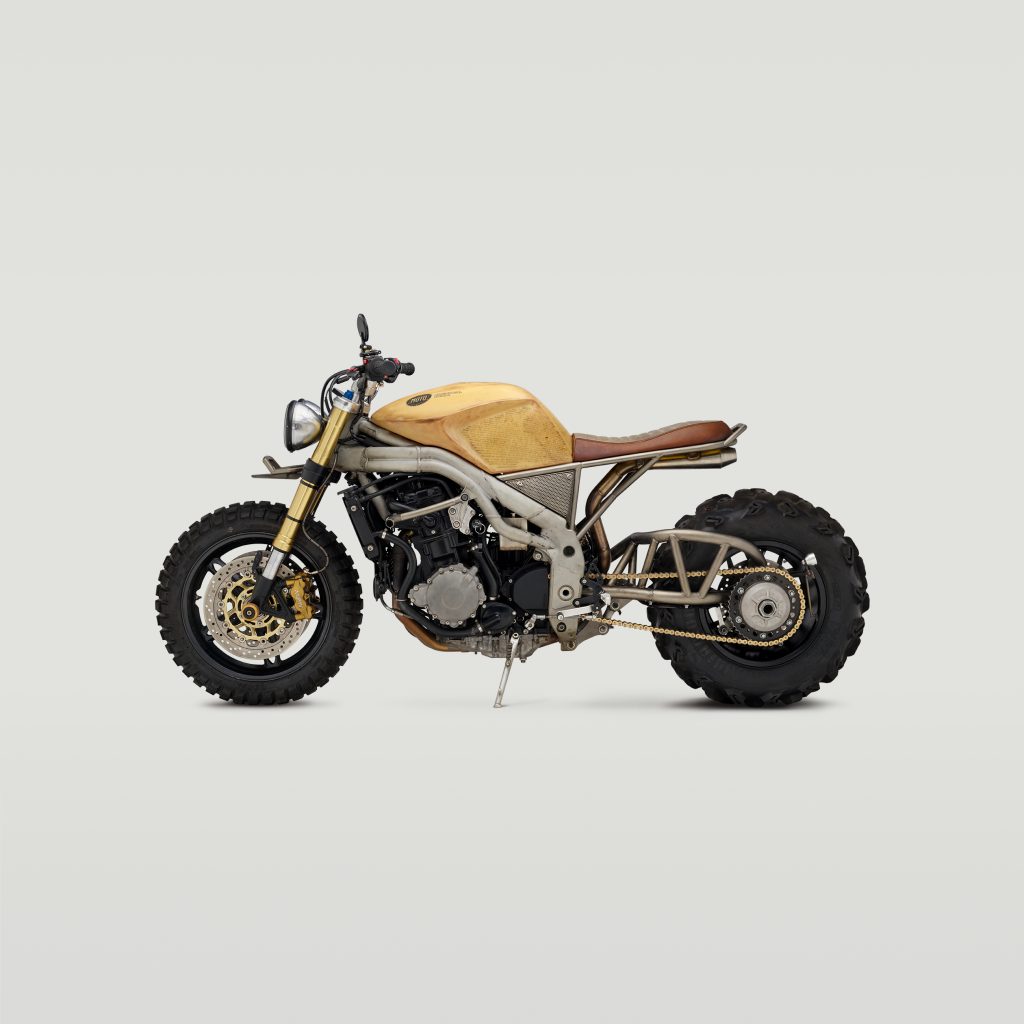 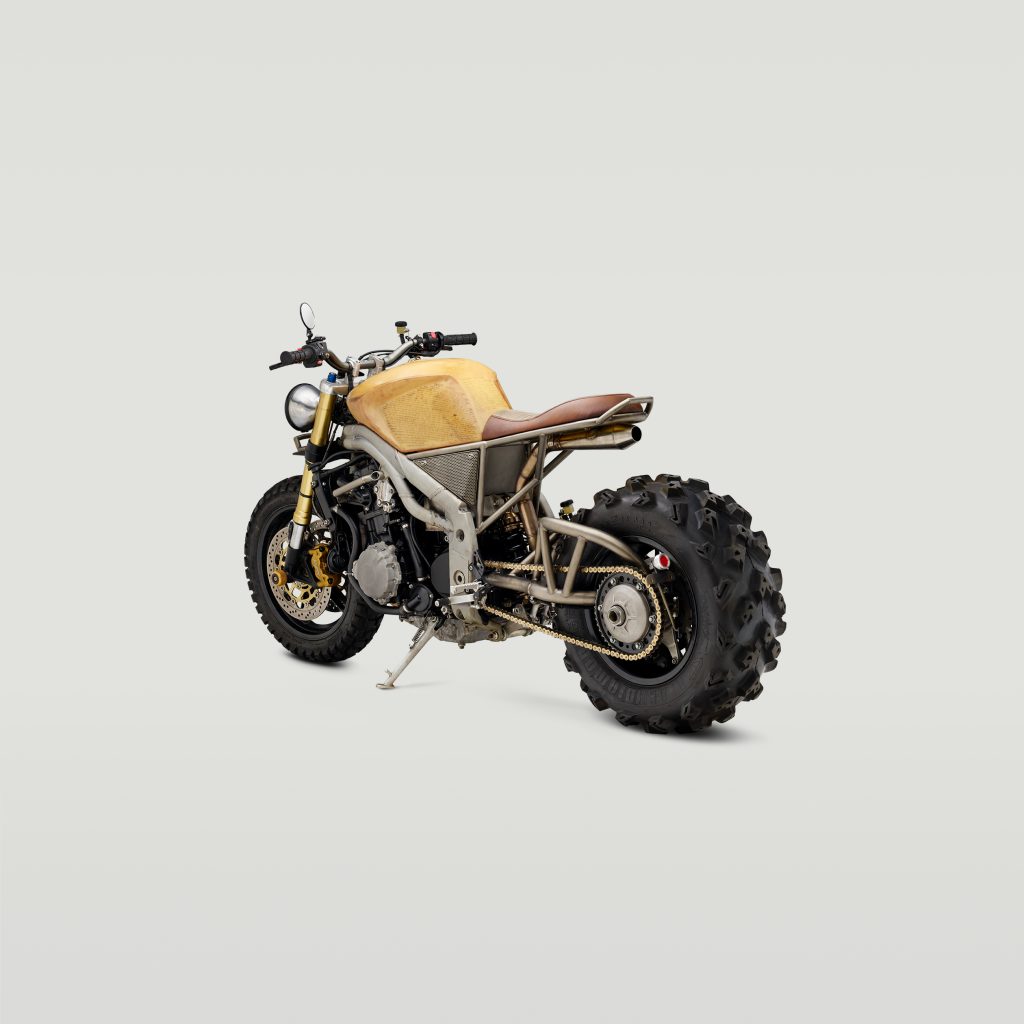 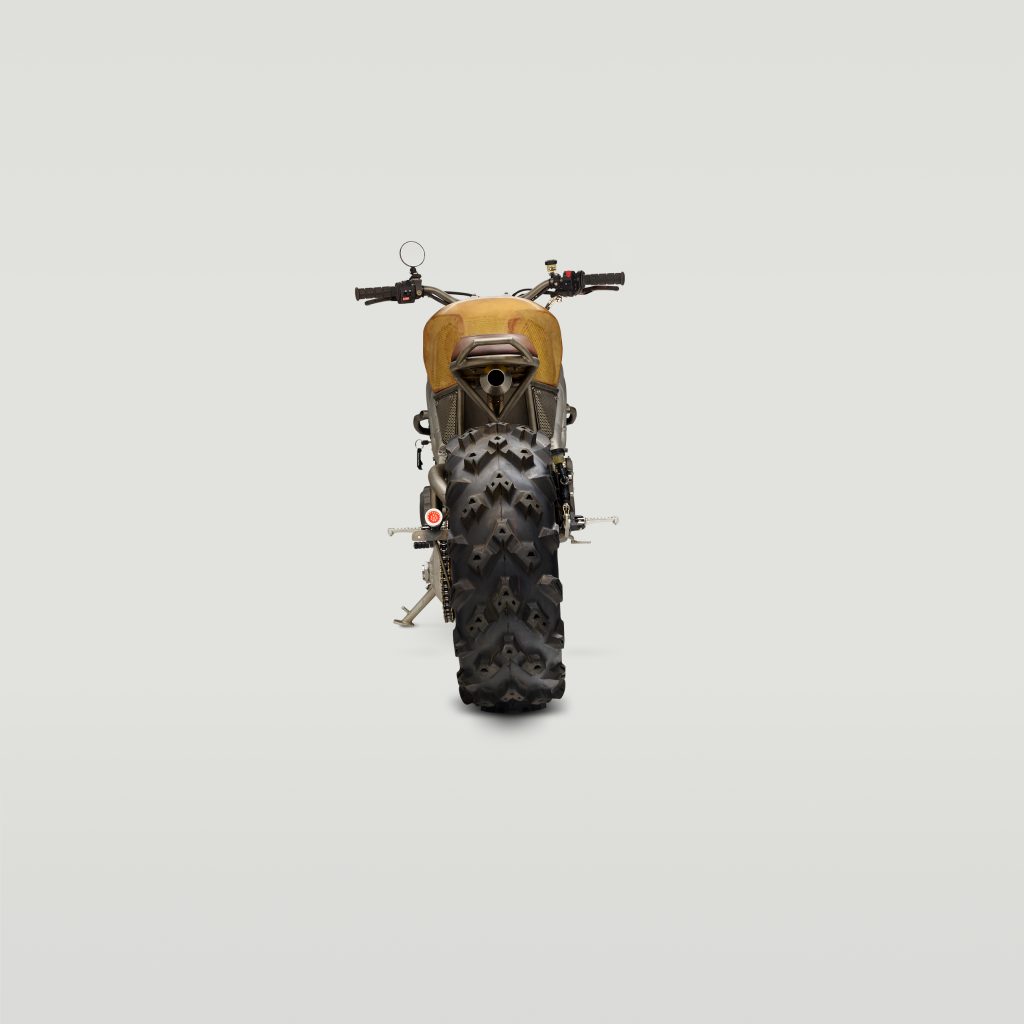 Last year, Rebel Yell Bourbon found us and asked us to build one of four bikes for a colossal summer promotion. It would culminate with us and three other builders from all over the country unveiling our bikes on stage after a 1,000-plus-mile ride to Sturgis. It ended up being a blast, and the bikes were graciously received by the overwhelmingly Harley crowd. Our bike was a Kawasaki. The rest of the pack comprised a Buell, a Triumph and an Indian. Rebels, don’t bring Harleys to the Harley rally, I reckon.

This year, they hit us up again, only without any input or guidance as to what we should build. Who even does that? So, with a budget and only self-imposed limitations, we came up with “Frank”, the beast you see before you. Frank represents everything we think is fun about what we do. He’s fast, unapologetic and beautifully ugly. He brings out the best and worst in people as he drags them through so many emotions — love, rage, fear, disgust, incredulity, etc.

In true Classified Frankenstein form, we set out to use as much of what we had available to us, then build the rest. The donor bike was easy, as we’d picked it up a couple years back for what seemed like a good price at the time. We used some bits from one of our BW650 projects, as well, but nothing could prepare us for the mountain of work we made for ourselves in the form of a fully custom, chromoly, single-sided swing arm to accommodate an 11-inch-wide gnarly ATV tire. Danik was married to that hunk of steel for a month, it seems. But in the end, it was all worth it.

Some will say (and have said) that we’ve ruined a perfectly good bike, while others find themselves madly in love with Frank. As for ourselves, we’ve already had more fun than should be allowed by law hangin’ out with Frank on and off the road.

PS: If you’re reading this before September, 2017, you can enter to win Frank or one of the other five bikes built by some awesome builders — Gasser Customs, Analog Motorcycles, Flying Tiger, Revival and Greg Hageman. Just go to http://www.rebelyellbourbon.com for details.